Can airplane cabin air kill? The question has nagged at airplane manufacturers, crew and passengers ever since the jet age shut us into pressurized metal tubes. As far back as 1955, aviation engineers worried about contaminated air in plane cabins, and in 2009, Boeing settled a lawsuit brought by an American Airlines flight attendant who claimed that toxic air leaking into a 2007 flight had caused her health to fail. In the wake of that suit, Boeing insisted that “cabin air is safe to breathe.” And until recently, airlines and planemakers could legitimately claim that there wasn’t enough scientific evidence to support the accusations.

That’s changing, in large part due to Richard Westgate. A former pilot with British Airways, Westgate died in December 2012 after more than a decade of illness that he believed had been caused by long-term exposure to jet-engine lubricants bleeding into cabin air. Samples of Westgate’s blood and tissue were provided to Mohamed Abou-Donia of Duke University Medical School, an expert in organophosphate poisoning, who published the results of his investigation late last month in the Journal of Biological Physics and Chemistry.

According to Abou-Donia, Westgate’s tissues were riddled with clear evidence of organophosphate poisoning, including significant brain injury. “It was the worst case I’d seen in all these years of doing this work,” Abou-Donia told me.

In theory, organophosphates — which are derived from jet-engine lubricants and the chemicals added to them — should not be floating in cabin air. All jets (except for Boeing’s 787 Dreamliner) pressurize their cabins using warm, compressed air that’s “bled” from the jet engines and recirculated through cabins. Seals are meant to separate the air from the oil and other chemicals. 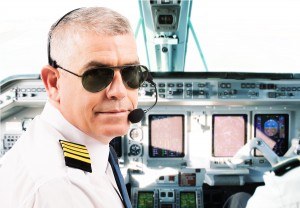 Occasionally, however, those seals fail or leak and result in a “fume event” that contaminates the cabin. Such events happen with disturbing frequency: An online search brings up numerous fume events with human health impacts from recent years. A 2014 study by the Australian Transportation Safety board reported that it had received reports of “over 1,000” such cases between 2008 and 2012. While most were “minor in consequence,” others included “a single flight crew incapacitation event and a further 11 minor injury events to crew.” In recent months, two more possible victims have emerged: a British Airways flight attendant and pilot.

Even minor events are important to track. According to Abou-Donia, Westgate was never exposed to a single, overwhelming “fume event” during his career. His exposure was chronic, and probably dated back to his first days as a professional pilot in 1996. Westgate didn’t begin to feel ill and show symptoms of organophosphate poisoning until 1999 — a gap of three years that Abou-Donia says is consistent with the chemical-induced sicknesses he observed while studying Gulf War Syndrome. “Every time you are on the plane and you are exposed, it accumulates,” he explained. Given how much they fly, crew members are at far greater risk than passengers from the steady, day-to-day accumulation of chemicals in their systems.

So why aren’t more airline crew members coming down with symptoms like Westgate’s? According to Abou-Donia, genetic differences account for how an individual will react to organophosphates (stress levels are also a critical determinant). Based on population studies of the enzymes in question, about 20 percent of the population will experience some symptoms, while about .01 percent will experience the very worst effects. Westgate probably belonged to the latter group.

The problem is that very few studies of this phenomenon exist, and those few that do are hampered by the small number of subjects. As a result, even quality studies that find a correlation between cabin air and organophosphate poisoning, such as a 2009 report by Australia’s Civil Aviation Safety Agency, have to concede “insufficient evidence at present to confirm or deny” that crew members were poisoned by the air around them.

Westgate’s case should add to pressure for more extensive studies. “We know that there’s something there,” said Abou-Donia. “But to confirm it we need to do it with a very large number of subjects and controls.” Airlines and airplane manufacturers would seem to have an incentive — not to mention a moral obligation — to fund such investigations. But fear of the results, and the likely litigation to arise out of them, makes that highly unlikely.

Instead, government agencies with an interest in worker health and safety need to take the lead. In the U.S., responsibility should fall on the Federal Aviation Authority, the National Institutes of Health and the National Institute for Occupational Safety and Health. More than half a century after airplane manufacturers recognized the problem of air bleed, it’s time to find out just how deadly it is — and then to do something about it.