Guess which carriers bore the brunt of fraudulent auto and property insurance claims?

Let me say up front, I believe many insurance companies are partially responsible for increased fraud. Not that they’re directly involved, but the industry overall isn’t aggressive enough against fraud.

I’m not saying insurance companies should sue to recover every fraudulent loss, though that’s one option. Some are very proactive, addressing weaknesses in their industry. But most simply don’t stand up against fraud or work to prevent it from happening…again and again.

They pay claims they know are fraudulent, just to put the issue behind them. In my opinion, by not standing up to fraud, insurance companies are actually inviting it to continue.

The Old Testament (Ecclesiastes 3) notes: there’s “a time to be silent and a time to speak…a time for war and a time for peace.” Be judicious when considering legal action. An experienced attorney and/or law firm on the team keeps companies informed about all options, letting them make the best decision for them and their customers.

You’ve worked for months on a particular case. Your investigators conducted solid exploration uncovering strong indications of fraud and deception. Are you ready to take the case to court and get recompense?

Not necessarily. Insurance companies, in particular, must evaluate numerous challenges and issues before deciding to move forward on civil recovery.

They need an expert who can explain all options and guide them through identifying goals, marshaling resources, confirming investigatory evidence, outlining appropriate courses of action and setting realistic expectations.

Perhaps the biggest part of my job as a fraud attorney/litigator is determining what client companies hope to accomplish. It’s not as simple as just asking. It often requires as much time and preparation as a witness cross examination because what an insurance company thinks and says it’s prepared to do, may not align with what they’re actually willing to spend in time, talent or treasure.

Ultimately, there are three potential outcomes…or some combination of the three. Do you want to: (1) just stop the bleeding; (2) make a statement; or (3) recover your losses?

Stop the Bleeding
In this scenario, insurance companies tell perpetrators fraud was uncovered and that they (insurance companies) will prosecute if it doesn’t cease immediately. A more “informal” action, it’s the least expensive. Carriers basically say, “We’ll forgive past criminal acts if you don’t repeat them.” Unfortunately, fraudsters may agree to stop where they’re caught, but will move operations to another state.

Your company could be forced to deal with the same fraud again…just elsewhere. However, if all you want is to stop the immediate bleeding as the least expensive option, your attorney can help finalize that deal.

Make a Statement
Insurance companies can make a statement against fraud by involving law enforcement. Turning over evidence to authorities typically generates media coverage and widespread public exposure. By turning to law enforcement, you tell the world your company isn’t a patsy and will do what it takes to prosecute fraud. It identifies you as strong: “Don’t mess with us!”

However, evidence that insurance companies consider “conclusive” may not suffice for law enforcement. As officers of the court, attorneys are valuable tools who can present your fraud case to authorities and the public, while filling in evidentiary “holes” so law enforcement can better prosecute the case.

Recover Monetary Losses
Seeking civil recovery, or monetary recovery, is the opposite of option one; you don’t forgive previous fraud; you want all fraudulently obtained money back…and are pressing the issue in court.

Naturally, carriers prefer recovering all stolen money…but, at what price? Prosecuting cases takes money…lots of it most times. Going to court also may involve additional resources and time to re-investigate evidence, do more research, prepare and, of course, attorneys’ court time.

Depending on the fraud amount, it could cost more in legal fees than what’s recoverable – assuming you win. Insurance companies have to make serious cost-benefit decisions, which is why that discussion is the first one I have.

To ensure they have all the facts, companies need attorneys who live and breathe these cases; those who know what “holes” the defense may exploit…what strategies and tactics are most effective…and what motions to anticipate and file. Attorneys with experience in all three options are preferable in order to fully explain benefits and drawbacks.

They also should have attorneys who will support them in the least expensive cases, not just the big money ones.

Only after all these discussions are completed is it decision time.

Are You Prepared to Make a Statement?

Given all options, insurance companies may decide to make a statement. Many attorneys will say – Go for it. I say – Not so fast.

Wanting to take a stand is a good first step but, before going into battle, I want clients to understand what’s ahead. If they’re still on board, we can proceed.

Clients may be prepared to pay attorney’s fees associated with making a statement, but are they ready to commit the necessary resources that include people and time to win?

Too often clients have unrealistic expectations – especially about the time it takes to prepare cases. Since investigators already gathered evidence they feel attorneys can go right to authorities…or trial.

Legal teams must retrace every investigatory step, conducting their own probes to ensure evidence stands up, and it’s all the evidence. Before appearing in court, you should want assurances your evidence is complete and strong. Or, whether additional evidence exists that strengthens your case. I certainly want that before giving clients their odds.

Verifying evidence takes time…and people dedicated solely to that task. I always recommend clients provide as many people and services as possible to mitigate expenses. Don’t have a team to commit or can’t spend the time? You can pay law firms to do it, but you should know the cost and how long it may take before signing off on the process.

Good attorneys can gauge when clients are committed to allocating the resources necessary to fight a case to the end. If not convinced you’re in it all the way, they won’t accept your case.

The evidence also impacts decisions. Maybe it’s not as strong as you think. Attorneys who believe they have no chance to win, likely will turn your case down. The attorney’s job is to tell you if you don’t have enough evidence.

Speaking from experience, that’s more the norm than the exception. No one likes losing. My firm turns away more cases than it accepts precisely because we believe evidence is lacking or the client won’t invest the time and resources necessary.

Even when clients pass these fraud-action “smell tests,” questions and decisions remain.

Evidence suggests you have viable cause for monetary recovery, but you still face multiple options. When considering what type of case to file, I recommend first determining what can be proven. Can you prove intent or deception…or just negligence? That will decide the cause of action to pursue and how much money can potentially be recovered.

Do you understand your case’s burden of proof? Most people likely will say “beyond reasonable doubt.”

They’d be correct…if it were a criminal case, but fraud is also prosecuted in civil court. Most civil cases require a preponderance of the evidence (POTE) – the scales of justice must be tipped slightly in your favor, essentially 51 percent. It’s the lowest burden of proof and, typically, the least lucrative – although, if one proves fraud by a preponderance, punitive damages can be awarded.

Some causes of action, primarily when you can prove the accused intentionally, knowingly and/or willfully intended to defraud, can result in punitive damages and recovery of attorney’s fees. Proving intent offers the largest potential awards, whereas proving only negligence may result in winning just compensatory (or actual) damages.

Between preponderance of the evidence and beyond reasonable doubt you’ll find clear and convincing evidence (CACE). According to Cornell University’s Law.com, CACE requires proof a crime is substantially more probable to have occurred than not. Courts and Congress have determined CACE is appropriate, for example, in cases where the government wants to deport, denaturalize or commit a person, and in libel or attorney disbarment actions. Some civil causes of action also require this burden of proof, such as civil RICO cases.

Together with their attorney, insurance companies must decide where their evidence falls – does it merely meet the POTE standard…or does CACE exist?

Keep in mind any case in which you could win attorney’s fees works both ways. Lose, and you may be on the hook for your own fees and the defendant’s. That’s why it’s important to weigh the strength of the defense’s case against your own.

Make sure your legal team is prepared to present both sides of the case to you before making a decision to proceed.

Key Points When Deciding a Course of Action

To ensure the best prospects for success when deciding if or how to fight fraud in a particular circumstance, sit down with an experienced attorney and review your priorities and projected expenses.

I doubt fraud will ever be completely eliminated. It’s too profitable and often too easy. However, I believe more aggressive action against rings and individuals who perpetrate fraud – whenever appropriate – can strip away much of the profit and make fraud more difficult.

That’s a win-win for banking, finance, healthcare and insurance companies nationwide…and their customers. 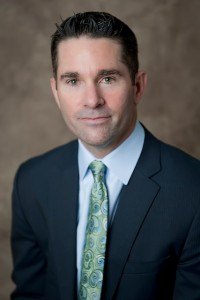 Frank S. Goldstein is founder and managing partner of Goldstein Law Group, an AV-rated law firm concentrating on the investigation, detection and litigation of fraudulent insurance claims. The firm’s practice areas include auto, property and healthcare insurance fraud. Goldstein concentrates his practice on the civil prosecution of insurance fraud claims and defense of insurance matters, including personal injury protection (PIP), bodily injury and uninsured/underinsured motorist claims. In 2013, he was recognized as Insurance Attorney of the Year at the annual Florida Insurance Fraud Education Committee (FIFEC) conference.