An oil industry lobbying group on Wednesday unveiled voluntary standards aimed at tamping down concerns about the oil and gas production process known as horizontal drilling, or fracking, in communities around the United States.

The American Petroleum Institute said it published standards for how to engage with communities that host shale drilling sites, based on the “best practices” of industry participants who have been involved in such projects for 65 years.

If Fracking is the Question, Insurers May Ask – What is the Answer?

“The energy revolution is now occurring in areas of the country where oil and natural gas exploration doesn’t have the same history as Texas or Oklahoma,” API director of standards David Miller said of the move.

The “good neighbor” standards include a list of steps oil and gas companies should take to “help local leaders and residents prepare for energy exploration, minimize interruption to the community, and manage resources.” 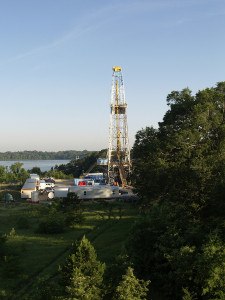 The guidelines do not address common local concerns about the practice of horizontal drilling and fracking, such as methane leakage and potential water contamination.

API’s effort to win over local communities may be too late for certain states.

The towns involved in that case were among the first of more than 170 municipalities in New York to ban gas drilling as state officials consider whether to lift a moratorium on fracking.

Meanwhile in Colorado, five cities have voted to ban fracking. In November, voters will be able to vote on ballot initiatives that would let municipalities ban fracking.

API’s guidelines include recommendations for how to conduct public meetings on safety; local training for new job opportunities; and ensuring “that oil and gas production is done in way that complements community goals.”