Foster Farms and its London insurers are facing off over the definition of “product recall” as the poultry producer seeks payment of $14.2 million in claims arising from a government-mandated shutdown of one of its plants, court documents show.

The company in June sued a group of Lloyd’s of London underwriters, arguing the closure and resulting product losses constituted a recall under the terms of the company’s insurance. 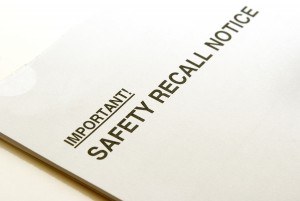 While the company has faced sharp criticism from regulators and public health officials over a 16-month salmonella outbreak that has sickened hundreds of people, it did not announce a public recall of its products until last Thursday, according to U.S. Agriculture Department officials.

The claims are against XL Syndicate, Ark Syndicate and Syndicate 1206, jointly referred to as “the London insurers,” according to the complaint.

The three underwriters operate on the 326-year-old Lloyd’s of London insurance market, a collection of about 90 competing insurers housed in a landmark building in the heart of London’s financial district.

At issue is a Jan. 8 decision by the U.S. Department of Agriculture’s Food Safety and Inspection Service (FSIS) to issue a notice of suspension of Foster’s facility in Livingston, California, after it found cockroaches at the site.

The FSIS told Foster Farms to take a series of corrective actions, including disposing of 1.3 million pounds of its chicken products, according to the amended complaint. The company said it complied.

Foster Farms, which paid more than $612,000 in a 12-month insurance premium and other associated fees to XL Insurance, then filed $14.2 million in claims for the lost products and other costs incurred from the stoppage.

But according to internal emails, letters and other court documents filed in the case, the insurers rejected the claims because Foster Farms did not pull products from shelves as a result of the government action.

Foster Farms has repeatedly said its products are safe if properly handled. It is considering whether to file a new insurance claim for last week’s recall, Zarlenga said.

“You have to give Foster Farms credit for misusing the English language for their economic advantage,” said William Marler, a food safety attorney who is representing a California man allegedly sickened by the salmonella outbreak.