Health care providers wrote 259 million prescriptions for opioid painkillers in 2012, according to the Centers for Disease Control and Prevention. 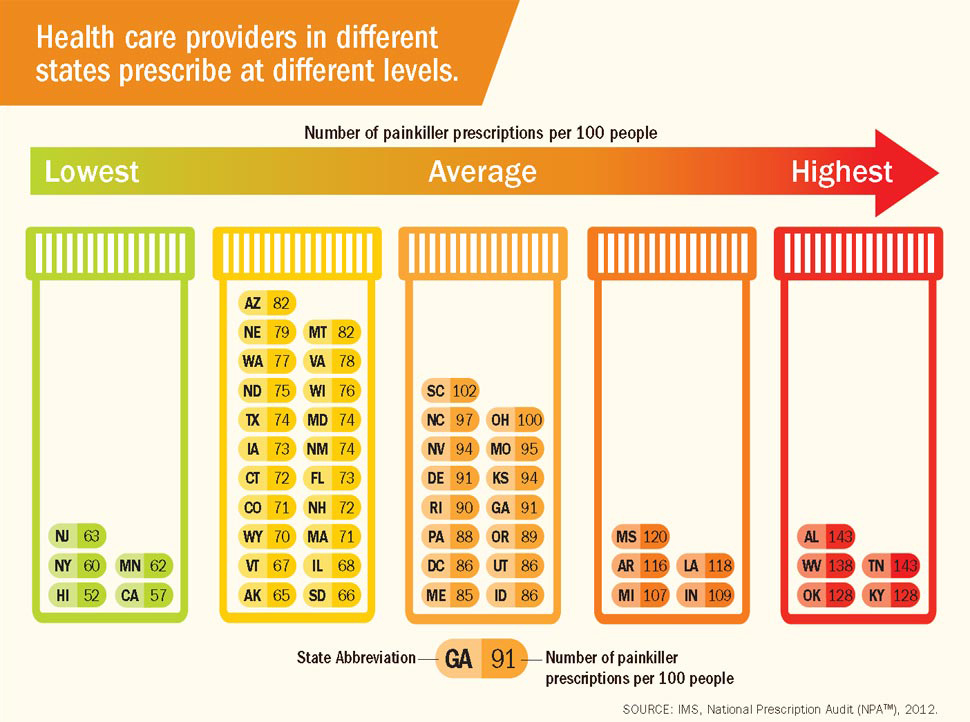 Florida is one example of a state that has reversed its overdose trend, the CDC reported. After statewide legislative and enforcement actions in 2010 and 2011, painkiller prescribing declined, and the death rate from prescription drug overdose decreased 23 percent by 2012.

Tennessee and New York are two other states with drug monitoring programs that saw a significant reduction in prescribed opioids.