Since 1984, the National Insurance Crime Bureau (NICB) has published annual reports—known today as Hot Spots—that examine vehicle theft at the national and local level. NICB was originally established in 1912 as the Automobile Protective and Information Bureau and the company focused exclusively on recovering stolen motor vehicles that were insured by its 11 member insurance companies. 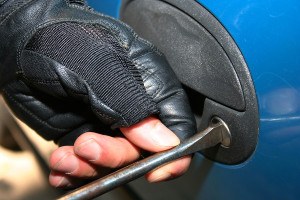 NICB’s Hot Spots report examines vehicle theft data obtained from the National Crime Information Center (NCIC) for each of the nation’s metropolitan statistical areas (MSAs). MSAs are designated by the Office of Management and Budget (OMB) and often include areas much larger than the cities for which they are named. For example, the Bakersfield, Calif., MSA includes all thefts within the entire county of Kern, not just the city of Bakersfield.

For 2013, the 10 MSAs with the highest vehicle theft rates were:

Although California tends to place high in this report, this is the first time that California has held nine of the top 10 spots for MSAs with the highest per capita vehicle theft rates. In 2012, it held eight and in 2011, seven.But there is good news nonetheless.In 2012, a small increase in vehicle thefts ended a consecutive eight-year run of decreasing thefts. However, the 2013 NICB data shows thefts are once again on the decline. This is in line with preliminary 2013 FBI vehicle theft data—released in February–that shows a 3.2 percent decrease in vehicle thefts for the first half of 2013. If the preliminary FBI data holds when the final 2013 vehicle theft figures are released, then there is a good chance that the national total will be close to what it was back in 1967.The full Hot Spots report is available at www.nicb.org.