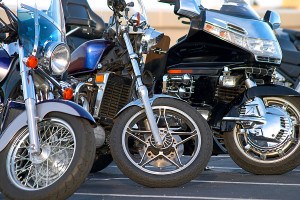 Since 2008, annual motorcycle thefts have seen significant decreases, but that trend appears to be leveling off. The following graph shows the trend using 2007 thefts as the baseline number:

The following graph shows the top five manufacturers in 2012 and 2013 whose motorcycles were reported stolen. Their ranking remained the same:

The top five states were in the same order as in last year’s report with California and Texas posting increases:

When ranking the top five cities, the top four are identical to last year’s report. In fifth place this year, however, is Los Angeles replacing Miami:

Motorcycles are generally a seasonal mode of transportation making them most susceptible to thefts during mild times of the year. Most thefts occurred during the summer months and the fewest during the winter. July had the highest number of reported thefts in 2013 with 5,360. August was next with 5,288 followed by September with 4,793. The fewest thefts were reported in February with 2,124 followed by December with 2,546 and March with 2,674.