Well, that was fast.

Hall of Fame quarterback Dan Marino will withdraw his name from a concussion lawsuit against the NFL less than a day after his inclusion was reported by the Los Angeles Times.

On Monday night, the Times reported that Marino had joined 14 other retired players in filing a suit in the U.S. District Court in Philadelphia separate from the broad class-action suit that is in limbo over its proposed $765-million settlement.

As the paper pointed out, at least 41 members of the Hall are part of the group of nearly 5,000 plaintiffs, with Marino being the most prominent name on the list when word of his involvement came down. The media immediately clamored to determine the impact a figure of Marino’s stature would have on the ongoing saga of the NFL’s failure to protect its players’ health. Sports Illustrated’s Michael McCann noted the potential for a more recent star like 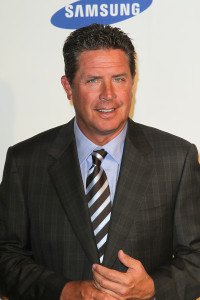 Marino, who played his entire career for the Miami Dolphins from 1983 to 1999, to engage younger fans who might not care about the post-retirement medical issues suffered by the mostly older players involved in the suit. As Bleacher Report’s Mike Freeman put it, Marino’s inclusion would have seriously altered the public’s perception of the plaintiffs as “broke,” “lazy,” “desperate” and lacking in personal responsibility. One of the most famous quarterbacks of all time, worth an estimated $35 million, would surely add credibility to the lawsuit and dispel any ridiculous notions of the litigation as a money-grab by players who made poor choices before limping into obscurity. ThinkProgress — known for its sports reporting, obviously — declared Marino the new “face in the concussion lawsuits.”

We now have to roll back that enthusiasm, as the South Florida Sun-Sentinel reported Tuesday afternoon that Marino will withdraw his name from the lawsuit, which his attorneys say was included erroneously.

“It was never Marino’s intention to initiate litigation in this case, but to ensure that in the event he had adverse health consequences down the road, he would be covered with health benefits. They are working to correct the error,” an unnamed source told the Sun-Sentinel.

Deadspin’s Kyle Wagner explains why Marino’s case is important in the implications of the broader suit:

If Marino, who reported two concussions during his playing career, wants to ensure he will be covered in the event symptoms present, but doesn’t exhibit any just yet, he doesn’t really have a good recourse here. And that’s what’s at the heart of the problems with the $765 million settlement, which is meant to be a slush fund for all future claimants. You’re left with guys in Marino’s position, who aren’t trying to sue just yet, but are worried about degenerative symptoms at a far earlier age than is usual—Marino is just 52—enough to be anxious to get their hat in the ring as soon as they need to.

We’re a cynical people, so of course Twitter isn’t buying the idea that Marino’s name accidentally appeared on the suit. Perhaps there’s reason to be cynical. After Marino’s name was attached to the suit on Monday, those who weren’t speculating on his potential impact were wondering about the timing, just months after CBS fired him from his gig on “The NFL Today.” That’s true, but as Peter King noted this morning, incredulously asking, “What’s Dan Marino Doing?” Marino has since been in talks with the Dolphins for joining their front office. When you’re vying for a team job, suing what is in effect its parent company isn’t exactly a good look.

Still, it is a shame that we won’t get the spectacle of the NFL being publicly shamed by one of its golden boys. Marino’s experience in a 1992 game against the Seattle Seahawks provides a perfect example of how pervasive the problem of team doctors and their practice of looking the other way had become. After suffering a concussion in the fourth quarter, Marino returned to the game, having been cleared by team doctors, according to Dolphins coach Don Shula. He then went on to throw the winning touchdown pass in the game’s final minutes.

“When he came out of the game in the fourth quarter he wasn’t sure where he was,” Shula said after the game. “It’s just another great effort by a great, great player.”

I wonder if that great player’s effort to avoid suing the league will now be rewarded with a gig in the front office.