General Motors Co. is bringing its fight against owners of recalled cars to its former turf: the Manhattan bankruptcy court where the U.S. government financed the automaker’s turnaround five years ago.

GM is facing 59 lawsuits by car owners demanding as much $10 billion in damages for recalled vehicles with faulty ignition switches, which can shut off engines while driving and prevent airbags from inflating.

The carmaker wants U.S. Bankruptcy Judge Robert Gerber to tell the owners that damages stemming from before the company’s collapse are barred under his rulings in 2009, when GM emerged from Chapter 11. At an initial conference today in Manhattan, he will invite proposals on how the case should proceed. 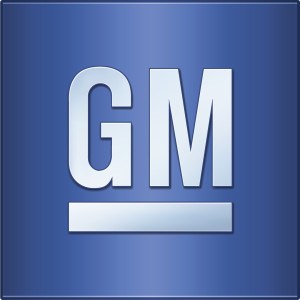 GM, which has recalled 2.59 million cars, might benefit strategically by taking the cases from federal district judges in California and Texas to a court with its own special rules, said Stephen Lubben, a bankruptcy law professor.

“The main advantage to GM is keeping the decision in a forum that understands bankruptcy,” said Lubben, who teaches at Seton Hall University School of Law in Newark, New Jersey. “Presumably most of the plaintiffs’ lawyers are not bankruptcy experts, and thus the change has them off balance.”

The customers have had to find their own bankruptcy specialists. This week, about 100 law firms for GM car owners picked three to put their views to Gerber: Edward Weisfelner of Brown Rudnick LLP in New York; Sander Esserman of Stutzman, Bromberg, Esserman & Plifka in Dallas; and Elihu Inselbuch of Caplin & Drysdale in New York.

Gerber has said he would open his courtroom more than an hour before today’s 9:45 a.m. conference, as he anticipates long lines at the security check. He plans to allow a limited number of customer lawyers to speak, and he will set schedules for when briefs should be filed and hearings held.

Weisfelner, who has filed the one formal objection to GM’s request so far, predicted that the session would be “mostly procedural, with a fair amount of posturing.”

In the 2009 reorganization, Gerber freed Detroit-based GM from most of its liabilities, leaving intact only some warranty obligations and responsibility for post-2009 accidents.

While the automaker can be sued for those, and for any defect or injury arising from its actions since bankruptcy, most of the current lawsuits relate to loss of value on older cars. Economic losses range from a decline in a vehicle’s value to the loss of use or wages for time spent getting it repaired.

The car owners’ recourse is to accuse GM of fraud, saying it deceived Gerber into signing the orders that barred their suits. GM didn’t disclose its ignition-switch liabilities, so Gerber shouldn’t uphold his earlier orders, they claim.

To set aside a bankruptcy ruling, “you have to establish deliberate fraud and concealment,” said bankruptcy attorney Chip Bowles of Bingham Greenebaum Doll LLP in Louisville, Kentucky, who isn’t involved in the case.

Weisfelner, in his objection to GM’s request, asked Gerber to lift the bar on damages and other claims for customers, saying the automaker fraudulently hid from the judge its potential ignition-switch liabilities and unlawfully failed to keep car owners informed during the bankruptcy.

Gerber reaffirmed his rulings as recently as 2012, after telling lawyers for customers at an earlier hearing that their briefs were “badly mannered” and they should go to old GM to get their warranties honored.

Lawyers shouldn’t anticipate any big decisions today, nor should they expect Gerber to tolerate a lot of unnecessary talk.

“The court will not entertain repetitive comments,” the judge said in his April 22 order arranging the meeting. And while he also said “nothing substantive” will be decided today, that didn’t keep proposals for quick decisions off the agenda.

Esserman has asked for an immediate ruling on whether customers can pursue a probe of GM that would run parallel to an investigation by former Chicago U.S. Attorney Anton Valukas, which GM is paying for.

Several lawyers wrote Gerber asking for quick guidance on whether they can keep suing GM on grounds that he hasn’t barred.

Judges in California and Texas have put the lawsuits on hold and GM wants customers to “voluntarily” refrain from acting while the bankruptcy court considers the matter. The bid for a voluntary stay led the automaker’s proposed agenda.

Weisfelner, also representing California customers, isn’t seeking quick decisions. Rather, he wants to speak today on “critical issues” Gerber must decide before ruling on GM’s request, he wrote in a letter to the court.

One issue is whether old GM and new GM defrauded Gerber and, if so, what remedy might help customers continue their suits against the automaker, he wrote.

GM is also facing escalated repair costs and government probes that may end in fines. While trying to beat back lawsuits, the company has hired Kenneth Feinberg, a specialist in victim compensation, to advise on how to help people who had accidents in Chevrolet Cobalts and Saturn Ions. Thirteen deaths have been connected with the faulty switches.

The carmaker, led by Chief Executive Officer Mary Barra, has been dealing with a flood of litigation since shortly after the recalls began.

According to GM, the suits started in March, when a client of Texas lawyer Bob Hilliard demanded compensation for economic loss. Hilliard told Bloomberg News he wants as much as $10 billion so customers can buy new vehicles.

Hilliard is also participating in what may have been the first wrongful death suit since the recall, accusing GM of negligence in designing and making the switch. The case, in a Minneapolis court, focuses on two fatalities in a 2006 crash. Hilliard told Bloomberg that his clients are seeking $50 million to $100 million, plus punitive damages.

March also saw the first of two lawsuits drawing from attorney Lance Cooper’s depositions of GM engineers. According to the car owner, who paid $13,718 for a 2010 Cobalt that locked up without warning, GM hadn’t recalled enough model years and the repairs it planned wouldn’t solve the problem.

GM fraudulently concealed the defects for as long as 13 years in the case of the 2003 Saturn Ion, which stalled during testing in 2001, according to the suit Cooper filed in San Francisco. It described a GM engineer’s report to the company after a test drive of a 2005 Cobalt, saying the engine turned off and stalled when his knee bumped the key.

The automaker said its engineers’ “sure solution” of altering the ignition switch and key position was too expensive, according to the suit.