Federal spending after future terrorist attacks on the United States may be higher if the nation’s terrorism risk insurance program is allowed to expire, according to a new RAND Corporation study.

The analysis finds that in a terrorist attack with losses up to $50 billion, the federal government would spend more helping to cover losses than if it had continued to support a national terrorism risk insurance program.

The program will expire at the end of this year and Congress is considering the appropriate government role in terrorism insurance markets. 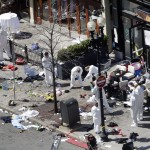 “One important dimension of the debate about whether to reauthorize the act is its impact on government spending,” said Tom LaTourrette, lead author of the study and senior physical scientist at RAND, a nonprofit research organization. “If, as many expect, allowing the program to expire causes a sharp decline in the number of businesses with terrorism coverage, we find that the federal government could spend billions more in disaster assistance after an attack than it would with the program in place.”

For simulated attacks with losses ranging from $14 billion to $26 billion, the RAND study estimates that the federal government would spend from $1.5 billion to $7.2 billion more without the program than with it.

The federal government makes no net expenditures through the program until the insured loss reaches at least $27.5 billion. For comparison, at current terrorism insurance coverage rates, an attack equivalent to the 9/11 attacks would have an insured loss of about $30 billion today. Taxpayers would therefore only contribute through the program in an attack comparable in magnitude to the 9/11 attacks, which is the second most costly insurance event in United States history, exceeded only by Hurricane Katrina.