Nissan Motor Co is recalling 1,053,479 vehicles globally, mostly in the United States, to fix software that could deactivate the front passenger airbag.

The vehicle occupant classification system software may incorrectly classify the passenger seat as empty, deactivating the airbag and increasing the risk of an injury in a crash, according to documents filed with the U.S. National Highway Traffic Safety Administration.

Nissan identified two accidents in which the passenger airbag did not deploy, according to the NHTSA documents, but a Nissan spokesman said the company could not draw any conclusions about that being related to the software issue.

The recall, which entails updating the software free of charge, is expected to begin in mid-April, according to the NHTSA documents. 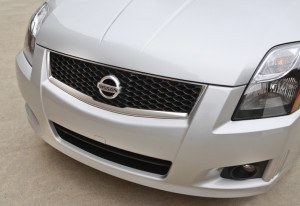 Of the vehicles recalled, 989,701 were sold in the United State, about 60,000 in Canada and the rest in other markets, according to NHTSA and Nissan.

(Reporting by Ben Klayman in Detroit; Editing by Jeffrey Benkoe)