One in 10 small businesses had employees show up for work last year while under the influence of at least one controlled substance, according to a new study by EMPLOYERS. 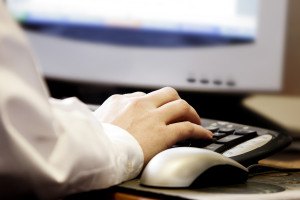 In the past year, has your business experienced an employee under the influence of any of the following while he/she was on the job?

“Business owners today are rightfully concerned about the use of illegal or judgment impairing substances in their workplaces. It’s a disturbing trend that we have seen developing over the past several years with the rise in prescription opioids and the increasing legalization of marijuana,” said EMPLOYERS Chief Operating Officer Stephen V. Festa. “Employees under the influence of these substances in the workplace not only pose a potential danger to themselves, but also to everyone else around them.”

Small business owners agree. More than three-quarters of those surveyed agreed it is dangerous for their employees to be under the influence of marijuana, prescription painkillers, alcohol and illicit narcotics, such as heroin and cocaine, while at work. More than half of the survey respondents said over-the-counter pain medications could also pose a danger to their employees.

How do you feel about the following as they relate to employees on the job at your workplace?

“To those of us in the workers’ compensation insurance industry, prescription opioid abuse is of particular concern,” Festa added. “The Centers for Disease Control has reported that more people die from prescription painkillers than from heroin or cocaine. Opioid addiction has been linked to decreased worker productivity, as well as making workplaces less safe, prolonging disability claims, and increasing the risk of death from overdoses.”

EMPLOYERS has developed a proactive program to help control the flow of narcotics prescribed as part of a workers’ compensation claim, which helps prevent abuse, saves millions of dollars and successfully helps injured workers return to work faster and drug free.

All figures, unless otherwise stated, were collected by International Communications Research’s thinksmall Survey, a national quarterly telephone omnibus survey. Interviews were completed with a nationally representative sample of 502 small businesses that have fewer than 100 employees. Fieldwork was conducted between November 12 and November 26, 2013.