A study published last month by University of North Carolina School of Medicine researchers finds that most people who reported persistent neck pain did not pursue litigation six weeks after their accident.

Nearly 4 million individuals involved in motor vehicle collisions in the U.S. are evaluated and treated in hospital emergency departments. More than 90 percent are discharged home after evaluation. Results of the study, which included individuals from eight emergency departments in four states, indicated that persistent pain was common in this population. Six weeks after their accident, more than 70 percent of individuals reported persistent musculoskeletal pain in one or more body regions. More than one third of study participants reported pain in four or more body regions. 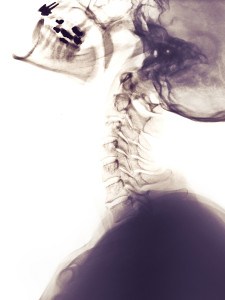 Among 948 individuals enrolled in the study, only 17 percent had contacted a lawyer for planned litigation six weeks after their accident. Among the majority of individuals who were not planning litigation, persistent pain was still common: 28 percent had persistent moderate or severe neck pain, 13 percent had widespread musculoskeletal pain in seven or more body regions, and 4 percent had a fibromyalgia-like syndrome.

The study was conducted by a multidisciplinary team of investigators from eight institutions. Samuel McLean, MD, MPH, associate professor of anesthesiology and emergency medicine at UNC, is first author of the study. UNC co-authors on the study include Andrey Bortsov, MD, PhD, from the Department of Anesthesiology, and Gary Slade, BDSc, PhD, and Eric Bair, PhD.