A Christmas-day article in one of our local newspapers drives home the important lesson that a subrogation claim is often won or lost in the short period immediately following a loss.

On July 6, 2013, pieces of electrical equipment in the basement of the Milwaukee County Courthouse started on fire, closing the courthouse for days. Milwaukee County is one of the most populated counties in Wisconsin, so this disruption did not come without a significant price. All Milwaukee County business was shuttered, from stopping people applying for marriage licenses to postponement of all civil and criminal court trials and proceedings. The fire has led to $13.5 million in damages and this large amount is expected to increase by several million dollars as the consequential damages mount.

Milwaukee County is primarily insured by the State of Wisconsin’s Local Government Property Insurance Fund (“State Fund”) which, along with Milwaukee County officials, initially took the laboring oar in investigating the cause of the blaze. Last fall, however, the State Fund backed away from its primary investigation role. While it was reported that the State Fund had decided to end its effort to recover fire costs from any manufacturers or installers of the old equipment, the reasons for this decision were unknown. Lexington Insurance Company, excess insurer for Milwaukee County, stepped in to continue the investigation.

Milwaukee County officials finally disclosed that a County employee discarded and scrapped key pieces of electrical equipment, mainly three large circuit breakers standing 3 feet high and 3 feet wide, weighing up to 1,400 pounds, a week after the incident. This blatant spoliation of valuable subrogation evidence set off a firestorm of criticism of County employees and officials, ultimately sparking a criminal investigation and bringing payment by the County’s insurance carriers into question. There is little doubt that this was the reason Lexington Insurance stepped in to oversee the investigation. Sadly, investigators are now uncertain whether they will ever be able to determine the precise cause of the fire, and subrogation potential has been seriously jeopardized if not totally eliminated.

Matthiesen, Wickert & Lehrer, S.C. is routinely called upon by its property insurer clients to promptly initiate, oversee, and follow through with comprehensive subrogation investigation, expert retention, and evidence preservation. In doing so, we firmly believe that the up-front investment of time and resources into subrogation investigation directly affects the subrogation value of a loss more than any other aspect of subrogation. It is a rare occurrence indeed when Confucius and subrogation intersect, but it was the early Chinese philosopher who said, “Success depends on preparation, and without preparation, there is sure to be failure.” The Milwaukee Courthouse fiasco has proven Confucius right.

NFPA 921 “Guide for Fire and Explosion Investigations,” is a National Fire Code published by the National Fire Protection Association (NFPA) which establishes guidelines and recommendations for the safe and systematic investigation and analysis of fire and explosions. It has a chapter dedicated to the identification and preservation of physical evidence which every subrogation professional involved in large property losses should commit to memory. Generally, once an artifact has been identified as something that should be collected as interest to the fire investigation, the investigator with the authority and responsibility for the documentation and collection of evidence is responsible for securing that artifact. This is done by thoroughly documenting the scene through field notes, sketches, and diagrams, with accurate measurements and photographs taken of the artifact and the immediate surrounding vicinity. The purpose of this documentation is two-fold. First, the documentation will assist the investigator and others in establishing the origin of the physical evidence and, second, the documentation will assist the investigator in establishing that the physical evidence has not been contaminated or altered. 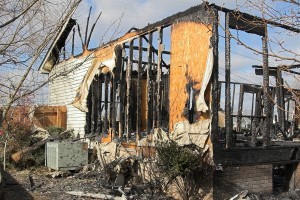 After the artifact has been thoroughly documented, the investigator must ensure that the artifact is collected, safeguarded, and preserved. The methods used to collect an artifact vary, depending on its size, weight, and location. In terms of electrical equipment, care should be taken to verify that electrical power has been disconnected, and, where practical, the entire piece of equipment, including any enclosures, covers, and electrical cords, should be collected. If the investigator is unfamiliar with the equipment, someone with the appropriate knowledge should assist to prevent damage to the equipment or components.

Finally, the investigator must maintain an accurate list of all evidence, its location of origin, who removed it, and where it will be stored. Something as simple as a listing of all artifacts could have prevented this mistake as there would have been a check before the scene was released to recovery specialists.

In the case of the Milwaukee County Courthouse fire, the circuit breakers were mistakenly marked with red tape, signifying that they could be scrapped, instead of being marked with blue tape, signifying that they should be retained for the investigation. An unidentified County employee also reportedly removed copper from the circuit breakers for personal recycling before the circuit breakers were destroyed. It is unknown who marked the circuit breakers, which again reaffirms the concept that the subrogation insurer needs to immediately take control of the loss site. A subrogation attorney can assist with securing the loss site so only qualified personnel are allowed entrance, setting up an incident command hierarchy to investigate the loss, and making sure that the necessary artifacts are properly identified, documented, and secured.

Whether a claim is large or small – the burden is the same. The subrogated carrier has the burden of proving: (1) that the defendant was negligent (or that a product was defective); (2) that this negligence proximately caused the damages which the carrier paid for, and (3) the amount and nature of those damages. If it fails with regard to any one of these elements, simple inaction will have snatched defeat from the jaws of certain victory. Liability carriers and defense lawyers religiously zero in on weaknesses in subrogation investigation and often deny claims simply because the demand letter doesn’t address these three elements satisfactorily. Like a chain, a subrogation claim is only as strong as its weakest link and that weakest link is almost always created early in the claim, when memories are fresh and evidence is available.

The first few days after a loss are critical – the first and often only chance anyone may have to identify, retain, document, investigate, and record valuable information on which a future subrogation lawsuit will depend. Things which may seem to have little or no meaning or importance may turn out to be the lynchpin of an entire subrogation action. An ancient parable is relevant here and goes something like this:

A group of traveling nomads was preparing to make camp for the evening, when suddenly they were surrounded by a great light. They knew instantly they were in the presence of a celestial being. A loud voice spoke from the heavens, “Gather as many pebbles as you can. Put them in your saddle bags. Travel a day’s journey. Tomorrow night you will be both glad and sad.” Then, as quickly as it had appeared, the voice and the light disappeared. The nomads looked at one another in disbelief. They had expected the revelation of a great universal truth – the key to great wealth or happiness. But instead, they were given a menial task that made no sense. Dejected, each one did pick up a few pebbles and put them in their saddle bags. The following morning they broke camp and traveled a day’s journey. That evening, while making camp once again, they reached into their saddle bags and discovered that the few pebbles they had gathered the night before had turned into beautiful and brilliant diamonds! Indeed, they were both glad and sad, just as the voice had promised. They were glad they now had beautiful and valuable diamonds. But, they were very sad they had not gathered and filled their saddlebags with pebbles when they had the opportunity.

Subrogation investigation is much like the opportunity the nomads had to gather pebbles. You don’t know which pebbles might turn out to be valuable, so you conduct your investigation promptly as though they are all valuable. It is important to lock witnesses into positions and testimony favorable to your subrogation case before the other side gets a hold of them. It is sometimes urgent and legally necessary to place government entities on notice of your claim. Early and thorough investigation often uncovers additional third parties and sources of recovery, including the occasional existence of other insurance which may be available to contribute to the loss.

When the cause of a loss seems apparent, don’t stop with simply securing the evidence needed to prove your case. There are two sides to every large loss subrogation claim and the enemies of subrogation will always have a different story to tell. The targets of your investigation will almost always find alternate causes and persons to blame, and will quickly cry foul if evidence which they claim may exonerate them is spoliated or damaged. Think like the defendant will think. Take efforts to disprove and eliminate the alternate theories your subrogation counsel will ultimately face. If the claim is significant, engage subrogation counsel or an investigator to conduct the investigation and take thorough statements of all witnesses and, if called for, timely engage experts who are qualified and experienced.

The extra work of properly investigating a claim often deters claims handlers from stuffing their saddlebags full of pebbles, but every case is different and it is often the pebble you leave behind that turns out to hold the key to a full recovery. The pebbles might not turn into brilliant diamonds as in the parable, but they literally can and often do translate into subrogation dollars realized.

Matthiesen, Wickert & Lehrer, S.C. believes in a scientific, aggressive, yet cost-effective approach to the evaluation and pursuit of all subrogation cases. You need to take care at the beginning of a subrogation case to give your case the best possible chance at success. As an engineer, I am one of the lawyers at MWL who reviews and pursues technical subrogation cases and assists in leading investigations on behalf of our clients. Please contact me at aplamann@mwl-law.com if you have any questions or would like us to review a new case for subrogation potential.