Environmental rules that would have forced cities to use lead-free fittings for new fire hydrants will be withdrawn after lawmakers, manufacturers and city officials protested that they were unduly expensive.

While legislation to reverse the regulations is pending in Congress, the Environmental Protection Agency on its own said it will revise its guidance on lead in drinking water to exclude fire hydrants. The requirement was set to take effect at the beginning of 2014. 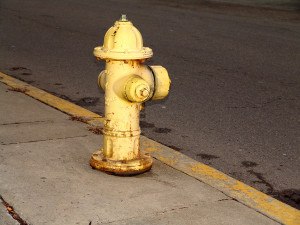 “Fire hydrants are not widely used as a potable source of water,” the agency said in an e-mailed statement today. “The guidance should be revised to exclude fire hydrants if Congress doesn’t take action.”

The rule resulted from a law enacted in January 2011, the Reduction of Lead in Drinking Water Act. The measure changed the amount of the metal allowed in plumbing components that contact water supplies from 8 percent to a weighted average of 0.25 percent, according to the EPA.

Cities and manufacturers don’t see hydrants posing a health risk, and believed they were exempt from the EPA rule until the agency’s Water Office on Oct. 22 issued a 14-page unsigned response to questions about the 2011 law and whether it applies to fire hydrants.

The U.S. House of Representatives voted on Dec. 2 to exempt fire hydrants from the lead requirements. Representative Bill Johnson, a Republican from Ohio who co-sponsored the legislation with Representative Paul Tonko, a New York Democrat, said the measure is matter of common sense because hydrants are rarely, if ever, used for drinking water.

“Have you ever heard of child getting sick from drinking out of fire hydrant?” Johnson asked in a telephone interview. “I haven’t.”