States with a higher number of alcohol- and traffic-related laws have a lower proportion of traffic deaths than do states with fewer such laws on the books, a study by researchers at New York University’s Steinhardt School of Culture, Education, and Human Development has found.

“Our findings show the human cost of these differences in state law environments,” said James Macinko, a professor in NYU Steinhardt’s Department of Nutrition, Food Studies, and Public Health and the paper’s co-author. 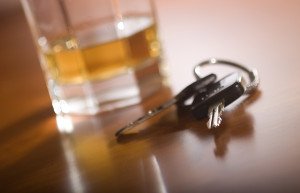 Their study, which appears in the journal Public Health, examined 27 types of laws, which ranged from child restraint laws to beer taxes to mandatory fines for DUI violations, across all 50 states. The researchers chose these laws based on the following criteria: 1) they were aimed at changing individual behaviors concerning alcohol consumption and/or traffic safety and 2) there was evidence, based on previous research, supporting their effectiveness in improving health outcomes. They then calculated what proportion of these laws were adopted by a state in any year from 1980 to 2010.

Overall, state adoption of these laws grew significantly over time. In 1980, states, on average, had adopted 7.7 percent of the 27 laws; in 2010, this proportion had jumped to 59 percent. However, states adopting such laws diverged over time: in 1980, the proportion between high- and low-adopting states differed by 8 percent, but grew to nearly 30 percent in 2009.

To determine the association between the adoption of alcohol and traffic legislation and road safety, the researchers examined the relationship between the proportion of laws put on the books and deaths resulting from traffic accidents.

“Lagging behind in adopting the full range of the laws is not a theoretical concern—more people are dying as a result,” says Diana Silver, an assistant professor the Department of Nutrition, Food Studies, and Public Health and one of the study’s lead authors. “Policymakers and advocates should focus attention on states where such protections are the weakest and bring them up to speed.”

The findings also showed that states in the highest policy quartile in 1980 were not necessarily in the highest quartile in 2010. In 1980, three states (Hawaii, Louisiana and Tennessee) had the largest number of these laws. By 2010, only one of these (Tennessee) joined an additional 11 states (Alabama, Alaska, California, Colorado, Georgia, Kansas, Maine, New Jersey, Rhode Island, Washington and Wisconsin) in the top quartile.