Amid a growing climate of concern regarding the overuse of opioid pain medications, a comprehensive analysis of more than 1 million hospital admissions has found that over 50 percent of all nonsurgical patients were prescribed opioids during their hospitalizations — often at very high doses — and that more than half of those exposed were still receiving these medications on the day they were discharged from the hospital.

Led by a research team at Beth Israel Deaconess Medical Center (BIDMC), the findings, which examined data from 286 hospitals around the U.S., also found widespread regional variation in the use of opioids throughout the country, with a 37 percent difference between the highest and lowest prescribing regions. The study is published online in The Journal of Hospital Medicine. 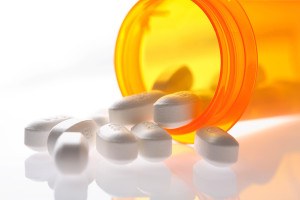 Opioids are narcotic pain medications including morphine, oxycodone and fentanyl. In recent years, the problem of opioid addiction and overdoses has grown more acute, with updated figures from the Centers for Disease Control and Prevention (CDC) reporting that the rate of fatal overdoses from opioids nearly quadrupled over the last decade, with estimates of more than 14,000 deaths from opioid overdoses annually.

“Realizing that inpatient use might provide a portal to outpatient use, we were interested in looking at how opioids were being used in the hospital setting,” explains first author Shoshana J. Herzig, MD, MPH, a hospitalist in BIDMC’s Division of General Medicine and Primary Care and Instructor in Medicine at Harvard Medical School. “Because patients who are undergoing surgery have a clear indication for and virtually always receive these pain medications, we did not include surgical patients in our study. Instead, we chose to examine only individuals who were admitted to the hospital for nonsurgical reasons.”

The authors analyzed data from a cohort of 1.14 million adult nonsurgical inpatients at 286 non-federal acute-care hospitals between July 1, 2009 and June 30, 2010. Study subjects included all nonsurgical admissions, for example, patients being treated for acute infections, heart problems, cancer, musculoskeletal injuries, and other diagnoses.

The authors found that 43 percent of all patients were exposed to multiple opioids during their hospitalization, with the average dose being about 68 milligrams of oral morphine equivalents per day. “That’s a very high dose,” says Herzig. But of still greater concern, she adds, their analysis revealed that 23 percent of all patients received a dose equal to or greater than 100 milligrams (mg) on at least one day during their hospitalization.

“Prior studies have found that higher opioid doses are associated with a heightened risk of adverse events,” adds Herzig. “Patients receiving doses of 100 mg per day or more are at substantially greater risk for serious problems, including severe breathing problems.”

Also of concern, she notes, were their findings that 26 percent of all patients received opioids on the day they were discharged from the hospital. “Given that opioids are often tapered off rather than abruptly discontinued, this finding suggests that up to half of these patients were sent home with a prescription for opioid medication,” adds Herzig, “Unless physicians are diligent about checking on other opioid prescriptions that a patient may have received in another setting, this means that patients could wind up with multiple opioid prescriptions, thus increasing the likelihood of an inadvertent overdose or other adverse event.”

After controlling for many different patient characteristics, the findings also revealed distinct regional differences in the use of opioids in nonsurgical inpatients, with a difference in rates of prescribing of 37 percent between the highest (West) and lowest (Northeast) regions. “This means, if you took very similar patients and admitted them to hospitals in the West and in the Northeast, the patient in the West would be 37 percent more likely to be prescribed an opioid pain medicine than the patient in the Northeast,” Herzig explains.

“Taken together, our findings really emphasize the importance of good communication between inpatient and outpatient providers,” says Herzig. “It’s important that primary care physicians know what medications their patients have been exposed to during hospitalizations. We hope this information will prompt hospitals to take a closer look at their own opioid-prescribing practices. Looking ahead, a better understanding of the predictors of opioid-related adverse events in hospitalized patients might enable institutions to take steps to make these medications safer during hospital use.”