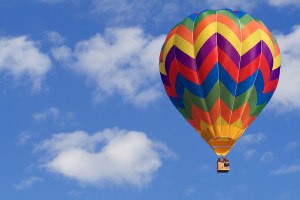 The investigation of hot-air balloon-related injuries and deaths in the U.S. reports that targeted interventions may improve crash outcomes and decrease the number and severity of balloon crash injuries. The study, conducted by researchers from the Johns Hopkins Bloomberg School of Public Health’s Center for Injury Research and Policy, appears in the November issue of Aviation, Space and Environmental Medicine.

Researchers combed through National Transportation Safety Board reports of hot-air balloon tour crashes from 2000-2011. During the 12-year period, 78 hot-air balloon tours crashed, involving 518 occupants. There were 91 serious injuries and 5 fatalities; 83 percent of crashes resulted in one or more serious or fatal outcome. Of the serious injuries, 56 percent were lower extremity fractures.

“Our findings provide valuable information not previously available on the number and kinds of injuries sustained in crashes of paid hot-air balloon rides,” said Sarah-Blythe Ballard, MD, MPH, first author of the paper and a PhD student at the Bloomberg School of Public Health. “This research can inform consumers about the risks involved with this recreational activity, and serve as a tool for operators and policy makers wishing to employ targeted prevention strategies to reduce balloon ride crashes and crash-related injuries and deaths.”

Most crashes (81 percent) occurred during landing; 65 percent involved hard landings. Fixed-object collisions, with trees, buildings, power lines or the ground, contributed to 50 percent of serious injuries and all 5 fatalities. During landing sequences, gondola dragging, tipping, bouncing and occupant ejections were associated with poor outcomes. Of the crashes resulting in serious or fatal outcomes, 20 percent of balloons were significantly damaged or destroyed.

“Practical interventions and ones that have been proven to reduce injury and death in other areas of transportation and recreation could be utilized to ensure a safer passenger experience on hot-air balloon rides,” said Susan P. Baker, MPH, ScD, professor and founding director of the Injury Center at Johns Hopkins and a co-author on the paper. “We know over half the serious injuries we reviewed in our study were lower extremity fractures sustained during landings. Potential strategies for reducing landing forces include cushioning the bottom of the basket or employing crash-worthy auxiliary crew seats during landings. Similarly, the use of restraint systems and the use of mandatory flight helmets could influence crash outcomes.”

“A more standardized reporting of hot air balloon crashes would assist the development of targeted interventions aimed at decreasing the number and severity of balloon crash injuries, and improve the public health impact of less-regulated commercial air tour operations, like paid hot-air balloon rides,” said Leland P. Beaty, an Injury Center data analyst with 20 years of aviation experience and co-author on the paper.

The research was funded from the Centers for Disease Control and Prevention to the Johns Hopkins Center for Injury Research and Policy.