Federal data suggests that 15 to 33 percent of fatal automobile crashes are caused by drowsy drivers, but very little research has addressed what factors play a role in operating a vehicle in this impaired state. New research from the Perelman School of Medicine at the University of Pennsylvania is revealing that short sleepers, those who sleep less than six hours per night on average, are the most likely to experience drowsy driving, even when they feel completely rested. The study is published in the October issue of the journal Accident Analysis and Prevention.

“Falling asleep at the wheel is a major cause of road accidents. It might even be more of a problem than drunk driving, since it is responsible for more serious crashes per year,” said corresponding study author Michael Grandner, PhD, instructor in Psychiatry and member of the Center for Sleep and Circadian Neurobiology. “We already know that people who are sleep deprived in the laboratory have impaired driving performance, but we haven’t been able to better define what sleep profiles and patterns put drivers in the general population at the highest risk.”

Previous research on drowsy driving has utilized results from laboratory experiments, but the new study, utilizing data from the CDC’s 2009 Behavioral Risk Factor Surveillance System (BRFSS), evaluated individuals in the general population. BRFSS is an annual, state-based, random digit-dialed telephone interview survey of adults aged 18 years and older from all over the U.S., conducted by the CDC. It is the world’s largest telephone survey, designed to monitor health-related behaviors in the general population.

They also examined the data on the subset of short and very short sleepers who reported that they always receive sufficient sleep, finding that these people are still 3 times as likely to report drowsy driving in the past 30 days. This means that short sleepers, even if they feel fully rested, are more likely to drive drowsy. 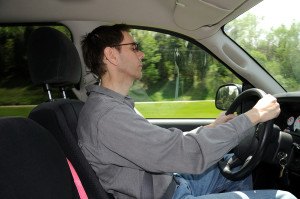