The National Insurance Crime Bureau (NICB) released an expanded, data-rich version of its Hot Wheels report−its list of the 10 most stolen vehicles in the United States. The report examines vehicle theft data submitted by law enforcement to the National Crime Information Center (NCIC) and determines the vehicle make, model and model year most reported stolen in 2012.

In previous Hot Wheels reports, rankings were determined based on the most stolen model year vehicle within each vehicle make and model. Only one make/model/year would appear on the top 10 list, even though other model years of the same vehicle would have earned a position on the list. This was done to offer a more varied list with significant theft numbers than to focus on just one or two makes year after year.

For 2012, the most stolen vehicles in the nation were (total thefts in parentheses): 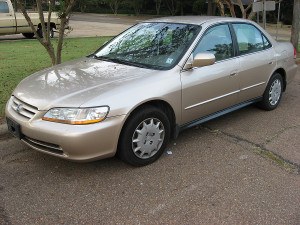 The new feature in Hot Wheels this year is the addition of a list of the top 25 model year 2012 vehicles that were most stolen in calendar year 2012. The top 10 on this list are:

Each year, NICB reviews all NCIC vehicle theft records to produce its national and state lists of the 10 most stolen vehicles. Hot Wheels is the only report that examines all theft data without regard to a vehicle’s insured status − if a vehicle was reported stolen to law enforcement, it is captured in this report.

A recent insurance theft claims report from the Highway Loss Data Institute (HLDI) was widely misreported as a vehicle theft analysis. The HLDI report examined data on vehicles associated with a theft claim, not thefts of entire vehicles—semantically similar, but empirically opposite.

Although the FBI is predicting a 1.3 percent increase in 2012 vehicle thefts over 2011’s number—reversing an eight-year trend—the overall vehicle theft picture is still positive. The peak year for vehicle thefts was 1991 with 1,661,738. If the FBI’s preliminary 2012 vehicle theft estimate holds, there will have been roughly 724,672 thefts. That’s a national decrease of over 50 percent since 1991 with many states seeing even better numbers.