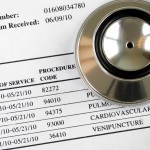 Healthcare is an enormously complex endeavor and it has gotten more complex than ever imagined with the advent of the Patient Protection and Affordable Care Act (PPACA). PPACA has put a lot of balls into the air; one of the lesser known side effects is labeled “ICD-9/10 Conversion.” While the recent focus has been on the big issues with Obamacare, the ICD-9/10 upgrade is significant because it hits at how medical procedures are labeled and, more importantly, how they are compensated.

Imagine the shift that would be required if, instead of speaking the patient’s language, all doctors were required to speak Klingon beginning October 1, 2014. Not only would patient interaction be impacted, but coding, billing and reimbursement would be thrown into a tailspin. As part of PPACA, the entire health care industry is required to change the language they use to communicate diagnoses and billing, from ICD-9 to ICD-10 diagnosis language. Compared to ICD-9, ICD-10:

While the healthcare industry braces to take on these changes, workers’ comp providers will face an unexpected workload. It’s a myth to think that changes to PPACA and medical coding won’t affect workers’ comp. Here are some common misconceptions.

But we’re exempt from HIPAA!

True. Workers’ comp is exempt from the Health Insurance Portability and Accountability Act and the myriad regulations that go along with it. To use the earlier analogy, everyone else will be speaking Klingon after October 1, 2014. Providers are not going to be submitting medical bills using old and new codes just because workers’ compensation “isn’t part of HIPAA.” It’s unlikely that you’ll want to maintain two separate systems, train and retain staff fluent in two medical coding languages and spend so much time translating and transliterating from a now-dead language.

ICD-10 has nothing to offer insurance!

While the transition will be rocky for all of healthcare, think of the added level of description and accuracy that ICD-10 offers. According to a Rand Corporation cost saving study, ICD-10 conversion will result in more accurate payments for new procedures and fewer miscoded, rejected and improper reimbursement claims.

It’s been argued that granular data may increase the level of reimbursement or it may decrease it. It’s hard to deny, however, that increased access to procedural information will allow for more informed decision-making and allow claims professionals to obtain better information from medical office staff.

Even though claims professionals don’t have to be immediately fluent in ICD-10, they should be forward-thinking and follow the market in the direction it’s headed. It will require some upfront investment, but will ultimately outweigh the lost time that accompanies translating every medical record you encounter. The Centers for Medicare and Medicaid Services itself encourages the transition. ICD-9 will no longer be maintained after ICD-10 is implemented, so they maintain that it’s in non-covered entities’ best interest to use the new coding system.

Even the International Association of Industrial Accident Boards and Commissions is on board. They say that continuing with ICD-9 could have force providers who can’t accept ICD-10 out of the system. Of course, maintaining two separate billing and coding systems would also be impractical and costly.

Take a cue from the medical profession

The deadline for ICD-10 is looming, and ideally providers will have already started to implement the technology necessary to make the switch. While our colleagues in the medical profession are in many cases converting from paper, insurance has the advantage when it comes to technology. Systems may have to be adapted and upgraded, but upgrading claims software is far easier than implementing and calibrating an entire electronic health record system.

Technology implementation is only half the battle. Enlist support from staff. Claims professionals used to dealing with the old nomenclature may be shocked by the changes not only in the switchover, but also the changes in process once more information is on hand.

Rhonda Buckholtz, vice president of ICD-10 education and training at coding certification organization the AAPC, says that roughly 65 percent of physicians’ clinical documentation doesn’t contain enough information for coders to use for billing under the new system. Your team may have to go back and ask for clarification as processes evolve. Organization is key to avoid lost time.

At a minimum, workers’ compensation carriers must invest in ICD-9/ICD-10 mapping technology to be able to convert an incoming ICD-10 transaction into a semblance of what that procedure translates to in yesterday’s ICD-9 code.

In terms of general industry resources, HIMSS, WEDI, AAPC and CMS all have toolkits, training materials and guidance from a health care perspective.

Remember the impact on healthcare

It’s easy for claims professionals to feel slightly removed from the world of medicine but remember that the ultimate impact of delays in processing will be on the patient. Significant or continued delays could not only drive entire providers from the system, but also negatively impact the care of injured employees.

As is often the case with government-mandated changes to healthcare, the challenge lies in staying one step ahead of regulations. Changes are inevitable, but preparation is invaluable.

With over 25 years of industry experience, John Sarich is the vice president of strategy at VUE Software. He has senior executive experience in health, life and P&C insurance and has served at brokerage firms where he captured substantial revenue gains and made dramatic increases in operational efficiencies.