Chrysler is recalling about 15,000 new Dodge Dart compact cars worldwide because the engines can stall in cold weather. 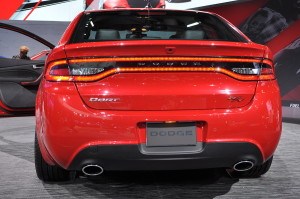 The company found the problem itself while testing a Dart that had been parked for eight hours in a room at 20 degrees Fahrenheit (minus 6 Celsius). After being pulled out of the room, the car stalled moments after it was started, according to a statement from Chrysler, which owns the Dodge brand.

After the incident, the company checked with dealers and found that some customers had a similar experience with the car. Further investigation traced the problem to the computer that controls the engine and transmission.

Canadian safety regulators say the problem could cause a loss of power, increasing the risk of crash, injury or property damage. But Chrysler says it doesn’t know of any crashes or injuries tied to the problem.

Dealers will recalibrate the computer at no cost to customers.

Most of the affected Darts, about 12,900, are in the United States, with about 1,900 in Canada. Five are in Mexico and the rest are outside of North America, Chrysler says.

The Dart, the first car totally made with Chrysler Group LLC collaborating with its Italian owner, Fiat SpA, is important to the company’s future because it plans to team up on more vehicles, engines and transmissions. Chrysler sold more than 31,000 Darts through April, but not all have the problem engine and transmission combination.

The Dart recall is Chrysler’s third since the refusal. The company says it will recall vehicles when they are defective.