U.S. regulators have escalated to an engineering analysis a recall query involving 551,511 model year 2005 to 2008 Pontiac G6 sedans because of several issues, including malfunctioning brake lights.

The engineering analysis may lead to a recall.

General Motors Co killed the Pontiac brand in 2009, the same year it underwent a government-sponsored bankruptcy. In 2008, 52 percent of the Pontiacs sold in the United States were G6 sedans. 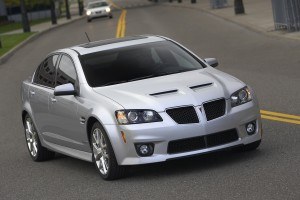 Consumers told the National Highway Traffic Safety Administration that brake lights turn on without the brake pedal being depressed and are not illuminated when drivers apply the brake pedal.

Also, drivers have complained about not being able to shift out of “park” and have said cruise control often does not work properly.

NHTSA says that it has received 314 complaints about the Pontiac G6 from 2005-2008, one saying that a crash occurred as a result of one of the alleged defects.

Also, GM told NHTSA that it has received more than 1,100 warranty claims that may relate to the issues alleged by consumers, as well as to one crash.

Neither of the crashes reported involved an injury, NHTSA said.

NHTSA said that the brake light issue may be caused by corrosion in wiring.