Almost one-third of U.S. small businesses surveyed by the Ponemon Institute had a cyber attack in the previous year, it was reported today in a study sponsored by The Hartford Steam Boiler Inspection and Insurance Company (HSB), part of Munich Re, and nearly three-quarters of those businesses were not able to fully restore their company’s computer data.

“The Internet connects even the smallest businesses to data networks and computer systems around the world,” said Timothy Zeilman, vice president for Hartford Steam Boiler. “This access also exposes companies to hackers, viruses and other computer attacks that can corrupt critical data, shut down their operations and make them liable for compromised information.” 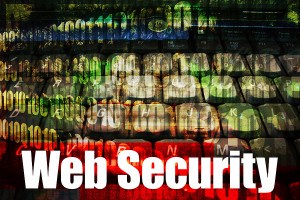 The primary causes of cyber attacks on small businesses were computer viruses, worms and Trojans (61 percent) and unspecified malware (22 percent), the Ponemon Institute reported. Following the cyber attacks, 72 percent were not able to fully restore their company’s data.

The survey found that 29 percent of the small businesses experienced a computer-based attack. The consequences of those attacks included managing potential damage to their reputations (59 percent); theft of business information (49 percent); the loss of angry or worried customers (48 percent) and network and data center downtime (48 percent).

The report on cyber risks resulted from a two-part study conducted for Hartford Steam Boiler, which offers a suite of products and services to help smaller commercial organizations manage their information exposures. In recently released findings on data breaches, the Ponemon Institute surveyed the same small businesses, health care providers and professionals around the U.S. and found that 53 percent had experienced a data breach and 55 percent of those businesses had multiple breaches.