These days, consumers are well aware of the important safety benefits of automobile airbags, safety belts, and other protective equipment. Yet, when it comes to standards for safer homes and businesses, they generally do not understand the importance of strong building codes and the need for consistent application and enforcement. This allows for a persistent ability among some legislators to water down existing building codes in the name of cost savings. It’s time to put a stop to this practice.

Because building safety is so important, some homeowners have a pervasive belief that a national building code exists and that all builders must follow it. In reality, although “model” codes have been an important part of the safety landscape for the past decade, building codes are a state-by-state issue. Legislators can ignore the model code completely. Or they may choose to adopt a statewide code based on the national consensus standards, but then allow local amendments to weaken those standards. The state also may leave enforcement decisions up to local governments. This patchwork approach puts too many people at increased risk by denying them basic safety protections. A 2011 national study of building codes in hurricane-prone states conducted by the Insurance Institute for Business & Home Safety (IBHS) shows how consumers may be hurt due to serious code deficiencies in some states. For example, on a 100 point scale, Florida and Virginia scored 95 points (highest), while Mississippi managed only 4 points (lowest).

Building codes are minimum life safety requirements that create a uniform field of construction practices. Just as auto manufacturers have been required to protect all of us on the roadways, it’s time that state leaders stand firm on mandating better building protections for all of their citizens. Building codes lay out requirements for electrical, fire, plumbing and disaster-resistant construction standards relating to such hazards as earthquakes and hurricanes. Like other effective property loss mitigation measures, strong building codes can save lives, promote long-term fiscal stability, reduce public sector response and recovery costs, protect the environment, and create a more resilient society. By helping reduce potential property damage, strong codes also help maintain the local and state tax base.

In the United States, building codes sadly are often viewed as an impediment to development because some builders claim that mandatory codes substantially increase the cost of building a house or business. In reality, uniform codes actually can save developers money because plans don’t need to be tailored for varying requirements, which can save money in both design fees and construction costs.

Why are strong building standards necessary? Just turn on the national news. The recent collapse of a building in Bangladesh, where hundreds were killed or injured, revealed that the structure was built without permits or code requirements on unstable land. The U.S. prides itself on being a leader in the free world, so why would we accept diminished life safety standards for the places where our citizens live and work?

From an insurance perspective, stronger, safer and uniformly enforced codes also can reduce the frequency and severity of claims. During post-disaster field investigations, including one conducted following Hurricane Charley that struck Florida in 2004, IBHS found that homes built to modern codes with increased wind resistance were 40 percent less likely to be damaged and the repair costs were 60 percent lower. In addition, strong codes can help insurers evaluate and manage the risk of property damage. This can result in greater availability and affordability of insurance.

Testing at the IBHS Research Center has clearly illustrated the value and affordability of stronger construction practices. For example, recent wind testing examined two strip mall businesses – one built to modern codes and one using outdated practices that are still followed in some areas. After the test, the building constructed using outdated practices had sustained almost 10 times more physical damage – $44,769 vs. $4,660. The cost to build to modern codes was 5 percent more, which is less than the sales tax rate in many localities.

Allowing local jurisdictions to weaken portions of state building codes reduces the protections afforded to home and business owners, destroys the concept of baseline protection for all, and complicates the design and building processes. Making concessions to the building lobby, particularly in the most vulnerable areas, is nothing short of compromising public safety for short-term financial gains. By holding firm on the need for strong, statewide codes – and rejecting legislative actions to weaken them – policymakers also can limit the potential for much more expensive post-disaster recovery costs for local communities and the people who live and work there. 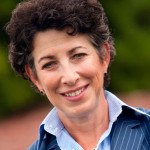