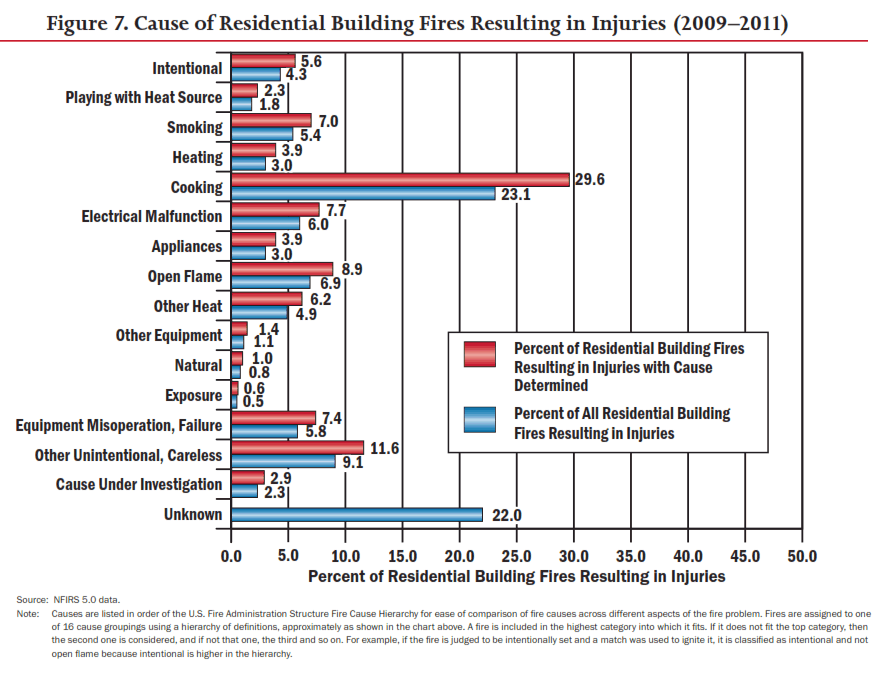 This report focuses on the characteristics of civilian injuries from residential building fires for the period 2009-2011. Thirty-four percent of injuries resulted from trying to control a fire followed by attempting to escape (25 percent).

Findings from this report include: