Despite the McCarran-Ferguson Act, which reserved the regulation of the “business of insurance” to the states, the Department of Housing and Urban Development (HUD) has given itself the ability to upset and invalidate long-standing underwriting and ratemaking practices for homeowners’ insurance.

Earlier this year, HUD promulgated a rule that could effectively permit it to negate more than 150 years of public policy, regulatory principles, actuarial standards, and state-based regulation of insurance and eliminate risk-based pricing for homeowners’ insurance.

The new rule (24 C.F.R. 100.500) establishes a process for determining liability under the Fair Housing Act (FHA) when a housing-related practice has a discriminatory effect even though there may be no intent to discriminate.

The FHA prohibits discrimination in the terms, conditions, or privileges of the sale or rental of dwellings, and in the provision of services in connection with a sale or rental, on the basis of race, color, religion, sex, handicap, familial status or national origin.

Although the FHA does not expressly state that it applies to insurance, courts have held that it does because insurance is necessary to obtain mortgage financing. HUD insists that its new rule does not change anything, but merely “formalizes its long-held recognition of discriminatory effects liability under the Fair Housing Act.”

Others believe, however, that a collision between state insurance laws and the HUD rule is inevitable in the event insurance rating practices are challenged under the FHA.

Although various courts have recognized that discrimination under the FHA may be established by showing disparate impact on a protected class, until HUD promulgated this rule disparate impact was not a tool in HUD’s arsenal. Now, disparate impact is officially available to HUD to apply across the nation in all cases rather than relying on the discretion of individual courts.

Although insurers have been subject to legal actions under the FHA, those cases were largely about allegations of intentional discrimination. To charge an insurer with discriminatory rating practices under a disparate impact theory under HUD’s new rule, a charging party must prove that the challenged practice “caused or predictably will cause a discriminatory effect.”

The rule states that a practice has a discriminatory effect when it “actually or predictably results in a disparate impact on a group of persons or creates, increases, reinforces, or perpetuates segregated housing patterns because of race, color, religion, sex, handicap, familial status, or national origin.”

Once a charging party has made its prima facie case by establishing disparate impact, the burden of proof shifts to the insurer to prove that the particular practice is “necessary to achieve one or more substantial, legitimate, nondiscriminatory interests.”

Even if the insurer does so, the practice could still be found to be discriminatory if HUD is able to show that the insurer’s interests “could be served by another practice that has a less discriminatory effect.” In other words, it is possible that a rating practice that is actuarially sound, in compliance with state insurance laws and approved by regulators could be prohibited under the FHA.

Insurance is discriminatory by nature, in that it makes distinctions between people in different risk categories, but insurance laws and actuarial principles prohibit “unfair discrimination.”

The concept of “unfair discrimination” in insurance is not the same as the discrimination prohibited by the FHA. An important regulatory principle since the 1800s is that rates should not be excessive, inadequate or unfairly discriminatory. This standard developed early in the days of insurance regulation to prevent insurers from cutting prices and becoming insolvent.

Insurers spend significant resources developing actuarially sound rates that are based on risk and that are not “unfairly discriminatory.” Insurers are prohibited under state insurance laws from using certain rating and underwriting factors, such as race and ethnic origin, and they do not collect data about the race, color, religion, sex, handicap, familial status or national origin of applicants or policyholders.

Consequently, insurers will have no way of knowing whether their rating practices have a disparate impact on a protected class.

There is a concern that HUD or private litigants may try to establish a disparate impact case against an insurer that charges higher rates for homeowners insurance in an inner-city neighborhood where the risk of loss is greater because homes are older, closer together, and lack the safe wiring and fireproofing required by modern building codes.

If a higher proportion of the population occupying the homes in the older part of a city, where insurance rates are higher, are members of a protected class of persons, a prima facie case of discrimination under the FHA might be made. The burden would then shift to the insurer to show that there is a valid nondiscriminatory reason for those higher rates.

One concern for the industry is whether the use of credit scores in underwriting and rating could be attacked under the HUD rule. Studies have suggested that there may be a disparate impact on minorities when credit is used as a factor in insurance pricing.

The court also noted that to allow a claim under the FHA based on disparate impact would frustrate the regulatory policy of the state. It remains to be seen whether other courts would follow the same reasoning.

The HUD rule creates two substantial problems for insurers that write homeowners’ insurance. First, the rule requires insurers to go to court to defend rates that are risk-based as required by state insurance law and that have been approved by state regulators.

Once a prima facie case of disparate impact has been shown, as may be the case in older inner city areas, the burden of proof falls on the insurer to defend rates that they are required by state law to use. The potential cost of such litigation is significant.

Second, it is not clear that an insurer could ever meet its burden under the HUD rule. To justify its rates, an insurer would have to show that its rating practices are necessary to achieve substantial, legitimate and nondiscriminatory interests. Under the HUD rule, it appears that no system that results in anything but uniform rates, regardless of risk, can be nondiscriminatory if there is a disparate impact on a protected class.

One way to avoid potential liability under a disparate impact theory under the FHA would be to do away with risk-based pricing for homeowners insurance and charge every policyholder the same rate. This would eliminate the possibility of any discriminatory effects under the FHA and the rule.

The result, of course, will be that good risks will pay more and bad risks will pay less than they do today. Since the FHA is a federal law, even state boundaries may not be enough to justify different rates. As a result, the same rate may have to be used nationwide to avoid any possible disparate impact. Indeed, this may be the impact of the HUD rule, if not its intent. 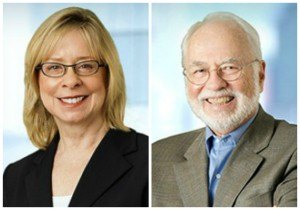 Susan T. Stead is a partner at insurance law firm Nelson Levine de Luca & Hamilton where she chairs the insurance regulation practice. Previously, she served as an assistant director and staff attorney for the Ohio Department of Insurance, where she oversaw the department’s market conduct, fraud and enforcement and licensing divisions. She also drafted legislation and regulations for the department.