Sports-related concussion is an increasingly recognized public health problem. At least 1.6 million sports- and recreation-related traumatic brain injuries occur in the United States annually. While the primary focus has been on football, soccer has come under greater scrutiny. “Heading” in soccer may be largely safe, but in light of wide concern for repetitive mild brain injury, further investigation is required to determine if – and how much – “heading” can be done with little or no harm to the player. 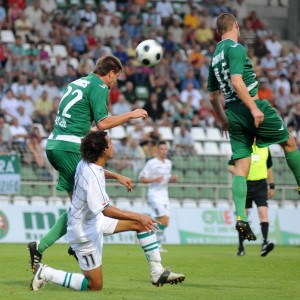 Now, researchers at Albert Einstein College of Medicine of Yeshiva University have received a $3 million grant from the National Institutes of Health (NIH) to investigate the short and long-term consequences of soccer heading on the brain. (Heading refers to players fielding the soccer ball with their head.) The researchers, led by Michael Lipton, M.D., Ph.D., have previously shown that frequent heading in soccer is associated with mild brain injury and cognitive impairment.

Dr. Lipton, who is associate director of Einstein’s Gruss Magnetic Resonance Research Center and medical director of magnetic resonance imaging (MRI) services at Montefiore Medical Center, the University Hospital for Einstein, previously conducted a pilot study of amateur soccer players that found players who headed the ball more than 1,000 to 1,500 times a year were more likely to have mild traumatic brain injury and cognitive impairment than players who headed the ball less. His findings were presented at the 2011 Radiological Society of North America Annual Meeting. The newly funded research project will build upon and extend those findings.

The researchers will recruit 400 active male and female adult soccer players and assess the relationship between heading over the previous year to structural and cognitive measures. An advanced MRI technology, known as diffusion tensor imaging (DTI), along with cognitive tests will be used to measure brain function. The researchers will follow the participants over two years to record any changes in these measures.

“The goal of our study is to characterize the relationship of heading and brain injury and thereby lay a foundation for the development and implementation of new safe play guidelines,” said Dr. Lipton, who is also associate professor of radiology, of psychiatry and behavioral sciences, and in the Dominick P. Purpura Department of Neuroscience at Einstein. “With growing concerns about sports-related repetitive mild brain injuries, we need rigorous studies that can help us make informed decisions about different approaches to protect players.”