BMW is recalling almost 570,000 cars in the U.S. and Canada because a battery cable connector can fail and cause the engines to stall.

The recall affects the popular 3-Series sedans, wagons, convertibles and coupes from the 2007 through 2011 model years. Also included are 1-Series coupes and convertibles from 2008 through 2012, and the Z4 sports car from 2009 through 2011. 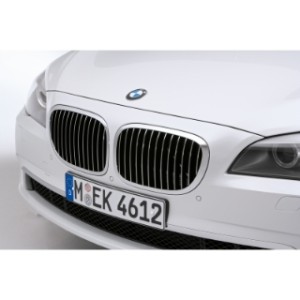 The cable connectors and a fuse box terminal in the cars can degrade over time, and that can break the electrical connection between the trunk-mounted battery and the fuse box at the front. If that happens, the cars could lose electrical power, causing the engines to stall unexpectedly, the U.S. National Highway Traffic Safety Administration said in documents posted on its website Saturday.

The company says in documents sent to the NHTSA that the problem stems from movement between the battery cable and the fuse box.

BMW says it knows of one minor collision in Canada due to the problem, but no injuries.

The German automaker says dealers will replace the battery cable connector and secure it without charge. It will start notifying owners in March.

The 3-Series is BMW’s most popular car in the U.S., dominating the small luxury car market. The company sold nearly 100,000 of them in the U.S. last year.

BMW, Toyota and other automakers have experienced large recalls in recent years because they use common parts on multiple models in order to save money.