General Motors Co is recalling 13,680 cars globally to address potential problems with improperly tightened suspension bolts and faulty airbags, according to the company and documents filed with U.S. safety regulators.

Neither issue has resulted in any accidents or injuries, GM said on Thursday. 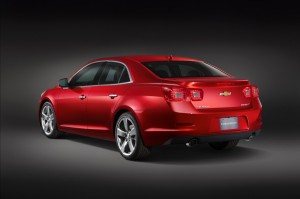 GM is recalling 8,519 2013 model year Chevrolet Malibu sedans in the United States as one or more rear suspension bolts may not have been tightened properly, which could lead to loss of vehicle handling and increase the risk of a crash, according to documents filed with the National Highway Traffic Safety Administration.

GM is recalling another 1,060 of the cars in Canada, Mexico and overseas, GM said.

Owners initially may notice noise and minor handling issues, but as the condition progresses sudden changes in vehicle handling could occur, NHTSA said. The company has begun to notify owners.

The driver side front airbag has a shorting bar that may intermittently contact the airbag terminals, possibly causing the airbags not to deploy and increasing the risk of injury, according to the NHTSA. The recall is expected to begin on Feb. 13.

GM said it was an expansion of a recall from last fall.