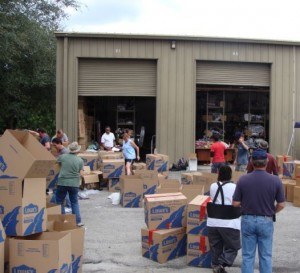 Fake jerseys, ball caps, T-shirts, jackets and other souvenirs are among the counterfeit merchandise and clothing confiscated by teams of special agents and officers from ICE’s Homeland Security Investigations (HSI), U.S. Customs and Border Protection (CBP), U.S. Postal Inspection Service, and state and local police departments around the country — all in partnership with the NFL and other major sports leagues.

“The Super Bowl is one of the nation’s most exciting events. Organized criminals are preying on that excitement, ripping consumers off with counterfeit merchandise and stealing from the American businesses who have worked hard to build a trusted brand,” said Morton. “The sale of counterfeit jerseys and other sports items undermines the legitimate economy, takes jobs away from Americans and fuels crime overseas. No good comes of counterfeiting American products — whether NFL jerseys, airbags, or pharmaceuticals — and we must go after the criminals behind it.”

Special agents from HSI and officers with CBP operated in multiple teams with the NFL and law enforcement agencies throughout the nation to identify illegal shipments imported into the U.S., as well as stores and vendors selling counterfeit trademarked items. With three days left before Super Bowl XLVII, these teams have already seized more than 160,000 items of phony Super Bowl-related memorabilia along with other counterfeit items for a total take of more than $13.6 million.

“We’re delighted to once again partner with federal law enforcement to help combat the influx of counterfeit merchandise,” said Danias. “We are grateful for their tireless efforts to keep counterfeiters from illegally profiting off of the fans’ enthusiasm for their team and the Super Bowl and from hurting the local businesses that play by the rules.”

“In collaboration with the NFL and our Department of Homeland Security partners, we are providing critical support in the effort to protect consumers from counterfeit goods,” said Robert C. Gomez, director of field operations in Atlanta and New Orleans for CBP. “The enforcement of intellectual property rights is a national agency priority, and our CBP officers and import specialists are actively working to intercept these products. Counterfeit merchandise hurts our economy and, in many cases, presents safety issues. It is a potential source of funding illegal activities that present a threat to our national security.”

In September 2012, HSI Boston — assisted by HSI Providence — executed a search warrant at a residence in Warwick, R.I. HSI seized 226 boxes of counterfeit goods containing 4,016 sports jerseys with a manufacturer’s suggested retail price (MSRP) of $724,340 and approximately $477,000 worth of additional counterfeit goods, as well as $130,057 in U.S. currency and checks. The owner of the home was subsequently arrested and is currently facing federal charges of trafficking in counterfeit goods and smuggling.

Twenty-one other individuals were arrested in partnership with state and local law enforcement agencies on state charges at locations around the country.

The website seizures during Operation Red Zone are the next iteration of Operation In Our Sites, a long term law enforcement initiative targeting counterfeiting and piracy on the Internet. The 313 websites have been seized by law enforcement, and are now in the custody of the federal government. Visitors to these websites will find a seizure banner that notifies them that the domain name has been seized by federal authorities and educates them that willful copyright infringement is a federal crime. Since the launch of Operation In Our Sites in June 2010, the HSI-led Intellectual Property Rights (IPR) Center has seized a total of 2,061 domain names.

HSI has continued to work closely with payment processor PayPal to identify bank accounts being used to facilitate the transfer of money to these illegal operations. To date, PayPal and HSI have identified and seized more than $66,000 in assets in these accounts.

“PayPal and eBay Inc. pride ourselves in going above and beyond in the fight against the illegal online trafficking of counterfeit goods by partnering with law enforcement and rights owners globally, and as part of providing safe and trusted payments and commerce platforms,” said Tod Cohen, eBay’s vice president and deputy general counsel of government relations.

Operation Red Zone will continue this weekend at the Super Bowl, throughout the New Orleans-area and around the nation.

The operation was spearheaded by the IPR Center in coordination with the Department of Justice’s Computer Crime and Intellectual Property Section and five U.S. Attorneys’ offices, including the District of Maryland, District of New Jersey, District of Colorado, Eastern District of Louisiana and the District of Utah.