Durable medical equipment (DME) fraud could fall between $1.5 and $5 billion in a single year, according to a new report by the National Insurance Crime Bureau (NICB).

The report examines questionable claims (QC) referred to the NICB during the period from Jan. 1, 2009, through June 30, 2012 relating to the impact of fraud associated with (DME).

QCs are claims that NICB member insurance companies refer to NICB for closer review and investigation based on one or more indicators of possible fraud. A single claim may contain up to seven referral reasons.

For example, on Jan. 16, 2013, Uche Ben Odunzeh, 32, of Laurel, Md., was sentenced to 19 months in federal prison. He pled guilty to submitting more than $600,000 in false DME billings. This included billing the government for more expensive DME while delivering less expensive items to recipients. He also admitted to submitting numerous claims to the District of Columbia Medicaid program for DME items that he never provided to Medicaid recipients. 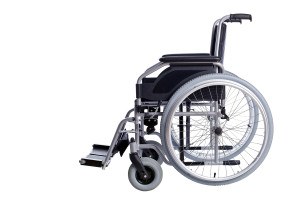 A. can withstand repeated use;

B. is primarily and customarily used to serve a medical purpose;

C. generally is not useful to a person in the absence of an illness or injury; and,

D. is appropriate for use in the home.

All requirements of the definition must be met before an item can be considered DME. In addition to meeting the above criteria, a licensed physician must prescribe the DME and prepare a Certificate of Medical Necessity (CMN), also referred to as a Letter of Medical Necessity. The type of medical personnel allowed to order DME will vary from state to state. In some instances, physician assistants, nurse practitioners, and clinical nurse specialists may order DME.

In the 2011 report on National Health Expenditures (NHE), DME spending for 2010 comprised of $37.7 billion or 1.5 percent of total health expenditures (CMS, Office of the Actuary, National Health Statistics Group, 2011). In the 2011-2021 NHE Projections, DME is projected to increase consistently at an average rate of 6 percent. If these projections prove accurate, spending for DME could exceed $50 billion by the end of 2015 (CMS, 2011). For both public and private health care programs, the FBI in 2011 estimated fraudulent billing to be between 3 percent and 10 percent of total health care expenditures. If those percentages are applied to DME spending, estimates of the cost of DME fraud could fall between $1.5 billion and $5 billion in a single year.

The consistent growth of the DME industry, combined with a general lack of required credentials or training in order to distribute DME, provides ample opportunity for unscrupulous individuals and entities intent on defrauding the insurance industry.

Although DME fraud is but a small part of the overall medical fraud perpetrated against insurers and the government, it is most insidious, as evidenced by the conviction noted previously when patients who have been properly prescribed for DME never receive it. Somewhere in the DME processing chain between doctor and patient, the device never gets delivered. Whether it’s diverted to others, lost in bureaucracy or simply pilfered to be sold on the black market, it is an expensive loss to patients, insurers and the government—a loss that all of us ultimately pay for through higher premiums and taxes.

The fraud occurring in the nation’s health care system is widespread and timeless. It is the reason that since 2010, NICB has been working with the Secretary of Health and Human Services, the Attorney General and others in Washington to establish an information and data sharing effort aimed at detecting and preventing insurance fraud at the public and private sector levels. It is also the reason that in July 2012, NICB was named to the Executive Board of the Health Care Fraud Prevention Partnership.

“We said at the time that there is a significant amount of crossover by those committing fraud against Medicare and Medicaid, and also taking advantage of the property and casualty insurance industry,” said NICB President and CEO Joe Wehrle. “This report confirms that and helps us focus our investigative efforts on the areas where this is a growing problem. And at the same time, it is our goal to share information and work with the public and private sectors to identify these schemes and stop them.”