People with severe food allergies have a new tool in their attempt to find menus that fit their diet: federal disabilities law. And that could leave schools, restaurants and anyplace else that serves food more vulnerable to legal challenges over food sensitivities.

A settlement stemming from a lack of gluten-free foods available to students at a Massachusetts university could serve as a precedent for people with other allergies or conditions, including peanut sensitivities or diabetes. Institutions and businesses subject to the Americans With Disabilities Act could be open to lawsuits if they fail to honor requests for accommodations by people with food allergies. 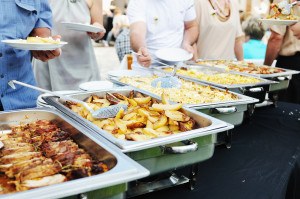 Colleges and universities are especially vulnerable because they know their students and often require them to eat on campus, Eve Hill of the Justice Department’s civil rights division says. But a restaurant also could be liable if it blatantly ignored a customer’s request for certain foods and caused that person to become ill, though that case might be harder to argue if the customer had just walked in off the street, Hill says.

The settlement with Lesley University, reached last month but drawing little attention, will require the Cambridge, Mass., institution to serve gluten-free foods and make other accommodations for students who have celiac disease. At least one student complained to the federal government after the school would not exempt the student from a meal plan even though the student couldn’t eat the food.

“All colleges should heed this settlement and take steps to make accommodations,” says Alice Bast, president and founder of the National Foundation for Celiac Awareness. “To our community this is definitely a precedent.”

People who suffer from celiac disease don’t absorb nutrients well and can get sick from the gluten found in wheat, rye and barley. The illness, which affects around 2 million Americans, causes abdominal pain, bloating and diarrhea, and people who have it can suffer weight loss, fatigue, rashes and other problems. Celiac is a diagnosed illness that is more severe than gluten sensitivity, which some people self-diagnose.

Ten years ago, most people had never heard of celiac disease. But awareness has exploded in recent years, for reasons that aren’t entirely clear. Some researchers say it was under-diagnosed, others say it’s because people eat more processed wheat products like pastas and baked goods than in past decades, and those items use types of wheat that have a higher gluten content.

Gluten-free diets have expanded beyond those with celiac disease. Millions of people are buying gluten-free foods because they say they make them feel better, even if they don’t have a wheat allergy. Americans were expected to spend $7 billion on gluten-free foods last year.

With so many people suddenly concerned with gluten content, colleges and universities have had to make accommodations. Some will allow students to be exempted from meal plans, while others will work with students individually. They may need to do even more now as the federal government is watching.

“These kids don’t want to be isolated,” Bast says. “Part of the college experience is being social. If you can’t even eat in the school cafeteria then you are missing out on a big part of college life.”

Under the Justice Department agreement, Lesley University says it will not only provide gluten-free options in its dining hall but also allow students to pre-order, provide a dedicated space for storage and preparation to avoid cross-contamination, train staff about food allergies and pay a $50,000 cash settlement to the affected students.

“We are not saying what the general meal plan has to serve or not,” Hill says. “We are saying that when a college has a mandatory meal plan they have to be prepared to make reasonable modifications to that meal plan to accommodate students with disabilities.”

The agreement says that food allergies may constitute a disability under the Americans With Disabilities Act, if they are severe enough. The definition was made possible under 2009 amendments to the disability law that allowed for episodic impairments that substantially limit activity.

“By preventing people from eating, they are really preventing them from accessing their educational program,” Hill says of the school and its students.

Mary Pat Lohse, the chief of staff and senior adviser to Lesley University’s president, says the school has been working with the Justice Department for more than three years to address students’ complaints. She says the school has already implemented most parts of the settlement and will continue to update policies to serve students who need gluten-free foods.

“The settlement agreement provides a positive road map for other colleges and universities to follow,” Lohse says.

Joan Rector McGlockton of the National Restaurant Association says that restaurants have taken notice of an increasing demand for gluten free options, “drawing attention to the importance of providing these options as well as the preparation methods involved in serving these options.”

The group has a training program for restaurants so they will know what to do when food allergy issues arise.

Some say the Justice Department decision goes too far. Hans von Spakovsky, a fellow at the conservative Heritage Foundation who worked in the civil rights division of the Justice Department under President George W. Bush, says food allergies shouldn’t apply under the disability act. He adds that the costs could be substantial when schools are already battling backlash from high tuition costs.

“I certainly encourage colleges and universities to work with students on this issue, but the fact that this is a federal case and the Justice Department is going to be deciding what kind of meals could be served in a dining hall is just absurd,” he says.

Whether the government is involved or not, schools and other food service establishments are likely to hear from those who want more gluten-free foods. Dhanu Thiyagarajan, a sophomore at the University of Pittsburgh, says she decided to speak up when she arrived at school and lost weight because there were too few gluten-free options available. Like Lesley University, the University of Pittsburgh requires that on-campus students participate in a meal plan.

Thiyagarajan eventually moved off campus so she could cook her own food, but not before starting an organization of students who suffer from wheat allergies like hers. She says she is now working with food service at the school and they have made a lot of progress, though not enough for her to move back on campus.

L. Scott Lissner, the disability coordinator at Ohio State University, says he has seen similar situations at his school, though people with food allergies have not traditionally thought of themselves as disabled. He says schools will eventually have to do more than just exempt students from a meal plan.

“This is an early decision on a growing wave of needs that universities are going to have to address,” he says of the Lesley University agreement.