Federal regulators must account for response times in the data they collect from transmission operators on natural gas pipeline incidents, a congressional watchdog agency said Wednesday.

The U.S. Government Accountability Office said in a report that the Pipeline and Hazardous Materials Safety Administration, which oversees natural gas, oil and hazardous liquids pipelines in the U.S., doesn’t require operators to fill out certain time-related fields when reporting incidents. Operators also have indicated they interpret the data fields in different ways. 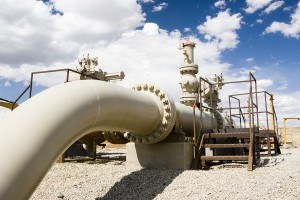 “Reliable data would improve PHMSA’s ability to measure incident response and assist the agency in exploring the feasibility of developing a performance-based approach for improving operator response to pipeline incidents,” the report said.

The report comes a month after a 20-inch line owned by Columbia Gas Transmission ruptured in West Virginia, triggering a massive fire. The Dec. 11 inferno destroyed four homes and charred a section of Interstate 77 near Sissonville, about 15 miles north of Charleston. No one was seriously injured.

Federal investigators say it took Columbia Gas Transmission, a subsidiary of Texas-based NiSource Gas Transmission & Storage, more than an hour to manually shut off the gas that fueled the fire, which sent flames as high as nearby hilltops.

And in September 2010, gas continued to escape for nearly 90 minutes after a ruptured pipeline exploded in a suburb of San Francisco. The explosion, which was blamed on an inferior pipeline weld, killed eight people and destroyed dozens of homes. Investigators said the damage would have been less severe had automatic valves been in place.

The National Transportation Safety Board has long advocated requiring automated valves that could shut off gas in such situations within minutes. Currently, manual valves are required at intervals – from every 2 1/2 to 10 miles – based on population density.

The report said the PHMSA doesn’t disseminate how transmission line operators decide whether to install automated valves, even though many have developed evaluation guidelines, including software to estimate the amount of spillage and extent of damage in the event of an incident.

There are approximately 2.5 million miles of pipeline in the United States that transport oil, natural gas and hazardous liquids. Since 2006, there have been about 40 serious pipeline incidents each year that resulted in a fatality or injuries.

The cause of the West Virginia explosion remains under investigation. The NTSB has said the line showed signs of external corrosion and had thinned to about one-third of the recommended thickness in some spots.

U.S. Sen. Jay Rockefeller, D-W.Va., has scheduled a hearing of the Senate Commerce Committee that he chairs to look into pipeline safety. The GAO report will be discussed at the field hearing, set for Monday in Charleston.

“We have miles and miles of pipeline beneath our feet, and we in West Virginia were reminded last month that serious accidents can and do happen,” Rockefeller said Wednesday. “Responding to an accident quickly and efficiently is absolutely essential to keeping the public safe. I’m eager to review all of the GAO’s findings in the days ahead.”