The report, Cooking Fires in Residential Buildings (2008-2010), addresses the characteristics of these fires and is based on data from the National Fire Incident Reporting System (NFIRS). 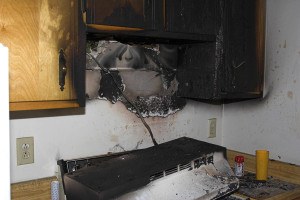 Cooking fires includes fires caused by stoves, ovens, fixed and portable warming units, deep fat fryers and open grills, as well as those confined to a pot or pan.

Findings from the report developed by the USFA’s National Fire Data Center include: