The new rules, required by the Food Safety Modernization Act (FSMA) that was signed into law two years ago, were announced by the U.S. Food and Drug Administration on Friday.

“These proposed regulations are a sign of progress,” said Caroline Smith DeWaal, food safety director at the Center for Science in the Public Interest, who has been a critic of the FDA. “The new law should transform the FDA from an agency that tracks down outbreaks after the fact to an agency focused on preventing food contamination in the first place.” 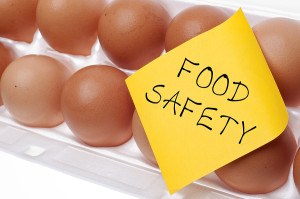 Roughly one in six Americans suffers from a foodborne illness each year, and about 3,000 die, the FDA said. The United States has had numerous outbreaks from foodborne illnesses tied to salmonella, E. coli and listeria.

Food sickness has been linked to lettuce, cantaloupe, spinach, peppers and peanuts.

“We’re taking a big step for food safety by proposing the standards that will help us prevent food safety problems rather than just reacting to them,” said Michael Taylor, FDA deputy commissioner for foods and veterinary medicine.

Under the new rules, makers of food to be sold in the United States, whether produced at a foreign- or domestic-based facility, would have to develop a formal plan for preventing their products from causing foodborne illness.

The rule would also require them to have plans for correcting any problems that arise.

Companies will be required to document their plans and keep records to verify that they are preventing problems. Inspectors will be able to audit the program to enforce safety standards, which should “dramatically” improve the effectiveness of inspections, Taylor said.

Though many food processors already have documented food safety plans, the new rule sets requirements for “all firms across all commodities,” he said.

A second rule proposes safety standard requirements for farms that produce and harvest fruits and vegetables. Farms would be required to meet national standards for the quality of water applied to their crops, as water is often a pathway for pathogens.

Implementing the new rules will add costs for some food companies and farms, Taylor said. As well, the FDA will need money to retrain inspectors and implement the rules, Taylor said.

The Food Safety Modernization Act was the first food safety overhaul in over 70 years in the United States and was signed into law in January 2011.

The proposals followed a series of meetings between FDA officials and consumer groups, corporate interests, researchers, and others.

Critics have charged FDA with dragging its feet in implementing the requirements of the new law. Last August, the Center for Food Safety sued the FDA for missing several deadlines set under the law.

Within the next few months, FDA hopes to issue a proposed rule on preventative controls for animal feed as well as proposed regulations related to importer accountability for food safety.

The FDA is also setting requirements for the safe transport of food, and to set standards for trying to prevent intentional contamination of food.