On a recent business trip, Shelly rented a car using her American Express card. She opted for the rental company’s auto insurance protection. Within a few days, Shelly had an accident that caused $8,000 in auto damage and sent her and a passenger to the hospital.

How should the claim be paid? 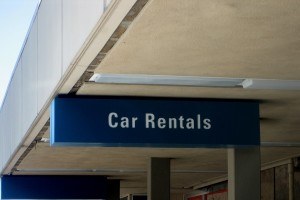 For the claims adjuster new to the rental car process, it might be daunting to unravel. Justin Petty, president and CEO of Petty Details LLC, a claims, auditing and subrogation service company, says knowing where to look can simplify the job. Start with the rental agreement, he says.

What to Look For

Petty has handled thousands of rental car claims. First, he says to make note of who’s driving, then check the agreement to see if that person is listed as a driver. Depending on the agreement, it could be that the person driving doesn’t make a difference, or could make a big difference.

Another primary factor — knowing what is expected at the state level. In some states, he says, rental car companies are required by law to assume a minimum financial responsibility in any accident involving bodily injury.

Peter Foley, vice president of claims administration for the American Insurance Association, says adjusters should know that state limit and what is applicable to rental car companies. “What does the state require of the companies? In some states, even though the collision loss might be subject to my policy, it could very well be that the first $25,000 of the bodily injury claim must be paid by the rental car company.”

Loretta Worters doesn’t have auto insurance. The vice president of the Insurance Information Institute lives and works in New York and doesn’t own a car. So when she rents a car, she contacts both her credit card company and the rental car company and has them send her information on just how much coverage she would have.

She feels it is a necessary step for consumers, but may also be a good practice for adjusters. Adjusters should understand the coverages and should look for collision damage waivers to determine if the renter has taken on the responsibility unwittingly. “It’s a different animal from regular auto insurance; it’s more specialized.”

The challenge for the adjuster, she believes, is when the renter’s regular auto policy isn’t adequate to cover even the excess insurance. Foley agrees. He says that especially if the renter has an older car at home with limited insurance, there’s a good chance the rental wouldn’t be adequately covered under the renter’s personal policy. In that case, he says adjusters should understand state laws to determine if the rental company is liable for part of the damages.

According to the experts, Shelly’s hypothetical claim is a fairly typical claim scenario. Then there are claims that stand out. Petty remembers one in particular. He was handed a claim on a car that was rented and then involved in a hit-and-run accident. The driver and passengers were all injured, and they’d purchased the maximum coverage available through the rental company.

It was an easy claim to settle — until that same car showed up on yet another claim for yet another hit-and-run accident. Petty realized there was something odd when the car’s VIN showed up in the ISO history in his database.

“When I pulled up the previous claim history, the damages on the vehicle were identical,” Petty says “The vehicle had not been in two separate accidents, clearly.” And again, the renter had purchased the maximum coverage.

Upon investigating, Petty discovered that the vehicle was being used in multiple scenarios and being presented as a rear-ender accident. The rental car company was allowing the use of its car and writing phony contracts. “No one was ever actually driving that vehicle,” he says. Each accident filed under that car amounted to $20,000.

Criminal acts are rare, but Petty has seen his share. So it wasn’t surprising when he saw a claim that he began investigating as potential arson.

The claimants had rented a Crown Victoria, and within days filed a claim. The car had caught fire and burned while the renters weren’t near or in the car. “We thought it was arson because it looked like an accelerant had been poured all over the hood,” he says.

Through a group effort among claims adjusters, Petty and the team found the problem. The cruise control deactivation switch on the car was located over the master cylinder and brake cylinder. Brake fluid, being highly flammable, would ignite whenever the defective switch failed to turn off when the car was turned off. Over time, it created an arc, which ignited the fluid.

Foley, who worked in insurance companies prior to his current tenure at AIA, says he had to spell out to a renter why renting a car with full coverage wasn’t going to be paid for by the insurer. His insured had an accident with a car that had coverage for liability only. He rented a car while their car was being repaired. “[He] purchased the coverage for collision, then submitted the bill to my company. We wouldn’t reimburse him for that coverage because he had purchased more coverage than he actually had on his policy.”

Worters says many car rental companies now impose various fees after an accident that can include: towing, storage, impound fees, loss of use, diminished value and administrative services. Who pays those? It would depend on what coverage is in place, but also what personal auto insurance has decided to reimburse for. Administrative and diminished value fees vary widely, costing from several hundred to several thousand dollars, Worters says. Adjusters should check with insurers to understand what is covered and at what level.

Another possible exclusion: an unnamed driver. While many rental agreements specifically exclude from coverage anyone who isn’t listed on the rental insurance policy, Petty says occasionally personal insurance covers the unnamed driver. It would depend on the state and the terms of the auto policy, he says, but adjusters should look into the possibility. “It’s a question of whether or not you’re allowed by contract. In the end, you’ll be responsible anyway. But whether it’s your insurance or the rental agency depends on the contract.”

Petty believes the best coverage is provided by personal auto insurance. In his opinion, rental car insurance offers minimum coverage, which may not be adequate in an accident given the way cars are equipped with in-dash GPS systems, computerized MP3 players and the like. “You will get cheaper coverage through your own auto insurer than through a rental agency. Their rates are higher because you’re buying them on the spot.”

So what about Shelly’s claim? Both Foley and Petty say that in a case where there are more than one coverages available, the rental policy would respond first, and any personal auto insurance would act as excess coverage. If the credit card protection is greater than either of the others, Shelly might do well to present the bill to the credit card company’s insurer, but only after determining whether the rental car company has a financial responsibility under state law.

Knowing those specifics make the difference in accurately settling a claim. Petty says.

Foley says adjusters should exercise caution in claims involving more than one insurance policy. “The adjuster should get the facts and, when in doubt, speak to their supervisor.”

To understand what rental car insurance covers, and how that differs from traditional personal auto insurance, look at the fine print. Here are potential areas of concern for adjusters trying to determine financial responsibility:

Loss Damage Waiver. Also called collision damage waiver, this is not an insurance product. Instead, it’s a waiver of financial responsibility should the rental car be damaged or stolen. Many waivers also include a “loss of use” inclusion, which will reimburse renters for the inability to use the car should it need repair or replacement. This waiver can also cover towing and administration fees, not often paid for by traditional auto insurance.

Liability Protection. Typically found on most personal auto, liability protection is often offered on rental agreements. Rental companies are in fact required to provide the state-required minimum of liability coverage, but the minimums are usually quite low. Also, rental agreements allow the companies to recoup any liability amounts paid from the renter.

Personal Effects coverage. If personal items are stolen from the rental car, this coverage would trigger. A homeowners or renters policy often includes off-premises theft coverage.

Lori Widmer is a Philadelphia-area freelance writer who specializes in insurance and risk management.