Single vehicle claims were up 30 percent on New Year’s Day 2012, when compared to the same day of the week two weeks prior to and after New Year’s Day, according to data from Progressive Insurance.

The total number of claims saw a jump of around 25 percent, with the largest increase coming in the single vehicle variety. A single vehicle claim occurs when one car has an incident, and no other car is involved. 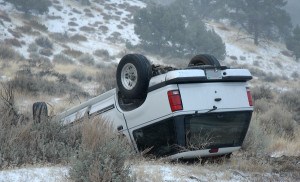 “We’ve all heard the phrase, ‘I’m my own worst enemy,’ and that phrase rings as true as ever on New Year’s Day,” said Maria Cashy, the claims customer service process leader at Progressive. “The large increase in single vehicle claims could be attributed to a variety of factors such as icy streets, more people out on the roads or late-night driving. Regardless, the best thing you can do to keep yourself safe is stay off the road.”