The Toyota Prius is the top selling hybrid electric vehicle in the U.S. With over 1.2 million sold in the U.S. as of April 2012, it makes up half of all the hybrids on the road. Yet, despite its growing popularity, an analysis of Prius theft data from NCIC shows that they have both an exceptionally low theft rate and a markedly high recovery rate. 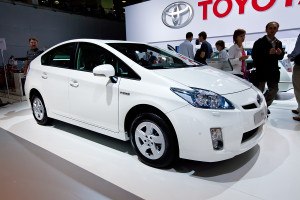 The National Insurance Crime Bureau (NICB) released a comprehensive report that examines the theft history of the Toyota Prius. From its introduction to the U.S. auto market in 2000 through June 30, 2012, the report covers all Prius thefts reported to the National Crime Information Center (NCIC) beginning with the very first Prius theft on September 4, 2000.

There have been 2,439 Toyota Prius reported stolen in the U.S. between Sept. 4, 2000 and June 30, 2012. There has been a general increase each year in the number of Prius thefts with the exception of 2009, which had a drop from the year before. It also appears that 2012 is also on track to have fewer Prius thefts than occurred in 2011.