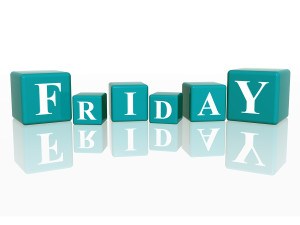 Nationwide Insurance analyzed claims data from 2012 and found that Friday may be the most risky day to drive to work, with its members having the highest average number of claims per day at 4,664. Wednesday came in second with an average of 4,197 claims, followed closely by Thursday, Monday and Tuesday.

“Regardless of when or where we drive, we all play a part in making our roads safer for each other,” said Bill Windsor, associate vice president of Safety at Nationwide Insurance. “Focus on the task at hand – driving – and resist the temptation of your cell phone by turning it off or avoiding reading your text messages and emails.”

According to the Network of Employers for Traffic Safety (NETS), being rear-ended and rear-ending another vehicle are two of the most frequent types of crashes for both fleet drivers and the general population.

October 1-5, 2012 is Drive Safely Work Week, a NETS national effort to raise awareness that can significantly reduce the number of traffic crashes that impact employees, policyholders, families and communities. Nationwide Insurance is a Board Member company.