Heating is the second leading cause and accounts for 14 percent of all residential building fires responded to by fire departments across the nation. 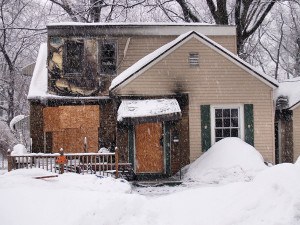 From 2008 to 2010, an estimated average of 50,100 heating fires in residential buildings occurred in the United States each year and resulted in an annual average of approximately 150 deaths, 575 injuries, and $326 million in property loss, according to government figures.

Fall begins this Saturday, and with it comes cooler temperatures and the resulting seasonal increase in the number of home heating fires. The term “heating fires” applies to those fires that are caused by central heating units, fixed or portable local heating units, fireplaces, heating stoves, chimneys, and water heaters.

Previously, especially during the late 1970s and early 1980s, heating was, by far, the leading cause of residential building fires. Stimulated, in part, by an energy shortage, this surge in heating fires was the result of the sudden increased use of alternative heating, particularly wood heating stoves and space heaters.

Cooking is the leading cause of residential fires.

A new report from the U.S. Fire Administration (USFA), “Heating Fires in Residential Buildings (2008-2010)” is based on data from the National Fire Incident Reporting System (NFIRS) and provides more detail on the different types of heating fires and when they are most likely to occur. According to the USFA report: