Consumer groups are pressuring the U.S. Food and Drug Administration to set federal guidance on allowable levels of arsenic in rice, prompting the agency to consider possible new standards.

So far, FDA officials say they have found no evidence that suggests rice is unsafe to eat. The agency is studying 1,200 samples of grocery-store rice products – short and long-grain rice, cereals, drinks and even rice cakes – to measure arsenic levels. 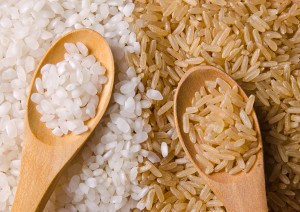 Arsenic is thought to be found in rice in higher levels than most other foods because it is grown in water on the ground, optimal conditions for the contaminant to be absorbed. There are no federal standards for how much arsenic is allowed in food.

Arsenic is naturally present in water, air, food and soil in two forms, organic and inorganic. According to the FDA, organic arsenic passes through the body quickly and is essentially harmless. Inorganic arsenic – the type found in some pesticides and insecticides – can be toxic and may pose a cancer risk if consumed at high levels or over a long period.

How much organic and inorganic arsenic rice eaters are consuming, and whether those levels are dangerous, remain to be seen.

Scientists have known for decades that arsenic is present in rice, but the issue has renewed interest as consumers are more interested than ever in what they eat and technology has advanced to the point that inorganic and organic arsenic can be measured separately.

“Our advice right now is that consumers should continue to eat a balanced diet that includes a wide variety of grains – not only for good nutrition but also to minimize any potential consequences from consuming any one particular food,” she said.

The agency on Wednesday released 200 of the expected 1,200 samples after the magazine Consumer Reports released its own study and called for federal standards for arsenic in rice. The FDA will not complete its study until the end of the year, Hamburg said.

It is almost impossible to say how dangerous these levels are without a benchmark from the federal government. Consumer Reports uses New Jersey’s drinking water standard – a maximum of 5 micrograms in a liter of water – as comparison because it is one of the strictest in the country. But it is unclear how accurate it is to compare arsenic levels in water and arsenic levels in rice – most people consume more water than rice, so drinking water standards may need to be tougher.

Urvashi Rangan of Consumer Reports says the group is not trying to alarm rice eaters but to educate them so they can diversify their diets. Consumers should be more protected since arsenic is a known carcinogen, she said.

The Consumer Reports study found higher levels of arsenic in brown rice than white rice, a result of how the two different types are processed. It also found higher levels in rice produced in Southern U.S. states than in rice from California or Asia.

Hamburg warned that neither the FDA nor Consumer Reports had tested enough samples to be certain of any trend.

“These are very few samples, and there is great variability in the levels,” she said.