This year’s top honor of “America’s Safest Driving City” is Sioux Falls, South Dakota, the average driver will experience an auto collision every 13.8 years, which is 27.6 percent less likely than the national average of 10 years. 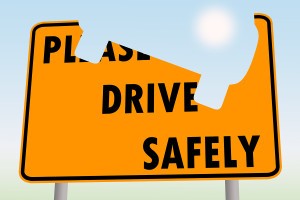 This is the fifth time in the eight-year history of the report that Sioux Falls has held the top overall spot.

Phoenix, San Diego and San Antonio topped the list among cities with population more than one million.

Internal property damage reported claims were analyzed over a two-year period (from January 2009 to December 2010) to ensure the findings would not be impacted by external influences such as weather or road construction.

Massachusetts cities are not included because the insurer did not write business in the state in those years.

A weighted average of the two-year numbers determined the annual percentages. The report defines an auto crash as any collision resulting in a property damage claim. Allstate’s auto policies represent about 10 percent of all U.S. auto policies, making this report a realistic snapshot of what’s happening on America’s roadways.

For the fifth time in the report’s eight-year history, Sioux Falls was revealed as the safest driving city. The top ten cities are:

For the eighth year in a row, motorists in Phoenix topped the list among commuters in American cities with more than one million people. Rankings among these cities: