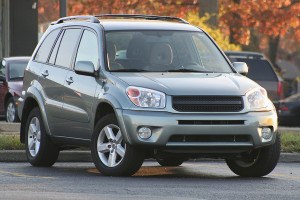 No other Toyota or Lexus vehicles are involved.

Toyota has determined that if the nuts on the rear suspension arm are not tightened following the proper procedure and torque specification during a rear wheel alignment service, excessive play may occur at the threaded portion of the arm, followed by rust formation. If this were to occur, the threaded portion of the rear suspension arm may wear and cause the arm to separate.

Toyota is currently developing a remedy. Once the remedy is available a notification letter by first class mail advising owners to make an appointment with an authorized dealer to have the repair performed at no charge.