Each year college and university students, on- and off-campus, experience hundreds of fire-related emergencies nationwide.

There are several specific causes for fires on college campuses, including cooking, intentionally set fires and open flame. Overall, most college-related fires are due to a general lack of knowledge about fire safety and prevention, according to the U.S. Fire Administration.

For most students, the last fire safety training they received was in grade school, but with new independence comes new responsibilities. 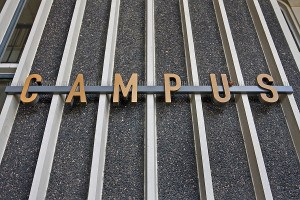 In cases where fire fatalities have occurred on college campuses, alcohol was a factor. There is a strong link between alcohol and fire deaths. Alcohol abuse often impairs judgment and hampers evacuation efforts.

Many other factors contribute to the problem of dormitory housing fires including:

According to the U.S. Department of Education, there are approximately 18,000,000 students enrolled in 4,100 colleges and universities across the country. Approximately two-thirds of the students live in off-campus housing.

There are five common factors in a number of these fires:

79 fatal fires have been documented that occurred on a college campus, in Greek housing or in off-campus housing within 3-miles of the campus – claiming a total of 114 victims.

Of the 79 fires documented: