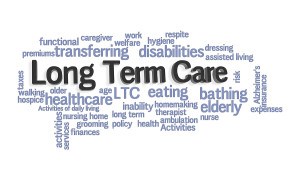 Long term care liability loss rates and claim severity reached an eight-year high and are expected to grow steadily in 2013 against a backdrop of health care provider budget constraints and uncertainty about health care reform, according to Aon Risk Solutions.

“Long term care and skilled nursing centers strive to provide quality care each day, but they also must find ways to cope with the ever-increasing cost of doing business and multiple rounds of funding reductions at the state and federal level. This report underscores the need to continue to utilize tools like voluntary arbitration agreements, a cost-effective option for long term care providers and their residents to resolve legal disputes,” said Mark Parkinson, president and CEO of AHCA/NCAL and former Kansas governor.

Long term care providers faced high loss rates in the late 1990s and early 2000s. Over the years, they answered this challenge by reinvesting in patient safety, developing liability defenses, advocating for limits on tort damages and implementing arbitration. While these efforts helped providers control the growth of liability costs, reductions in Medicare reimbursement rates and health care reform have had an impact on long term care provider revenue and budgets.

“With reduced revenue, providers may have difficulties funding expansion and improvements, maintaining facilities and hiring and training qualified caregivers,” said Christian Coleianne, associate director and actuary at Aon Global Risk Consulting. “These competing priorities have the potential to impact liability costs. By providing access to this invaluable data, we are enhancing our clients’ ability to better understand and more effectively manage these risks.”

State laws and the state judiciary have a “tremendous influence” on liability costs, according to the report, and as a result, state loss rates vary considerably. For example, tort limits on awards are constitutionally prohibited in Kentucky, which has the highest loss rate in this study ($5,120 per bed for 2012). In contrast, Texas amended its constitution to protect its tort limits and has the lowest projected loss rate ($320 per bed for 2012).

“Malpractice costs and the tort environment are often major considerations in the decision to locate and invest in long term care beds and services in a specific state,” said Dom Colaizzo, chairman of the National Health Care Practice for Aon Risk Solutions. “This ultimately affects the supply of beds and cost to seniors and their families in a marketplace where demand is growing for senior care and constrained by reduced reimbursements.”

For example, Kentucky’s loss rate has increased dramatically over the past eight years. The 2012 projected loss rate of $5,120 is the highest projection of any of the profiled states. Kentucky’s constitution prevents limitations on tort awards, which makes the state an attractive venue for torts. According to the report, providers become more willing to settle for higher amounts to avoid trials when the potential for unlimited judgments exists. The projected 2012 claim frequency of 1.64 percent, which has been increasing since 2007, is the highest of the profiled states. Claim severity in Kentucky, projected at $313,000 for 2012, is twice that of the overall average claim severity in this study and the second highest of the profiled states.

Tennessee’s loss rate has increased in recent years from $1,560 in 2008 to a projected $3,380 in 2012. Tort limits were recently enacted in the state, but Aon’s study shows an increase in claim frequency as claimants move to assert their claims before the limits become effective. This pattern is typically followed by a decrease in claim frequency as the caps reduce the upper bound of claim sizes and lessen the incentive to pursue claims, the report says. Claim frequency in Tennessee is projected at 1.13 percent in 2012. Claim severity drives Tennessee’s loss rates relative to other states. At $300,000, Tennessee’s 2012 claim severity forecast is third highest among the profiled states.

Approximately 19,500 individual non-zero claims from long term care facilities were aggregated. The 37 providers represented in the national study operate approximately 280,000 long term care beds, consisting of skilled nursing facility beds and a number of independent living, assisted living, home health care and rehabilitation beds. They represent approximately 16 percent of these beds in the United States, and eight of the 10 largest operators in the country.