Families of victims and survivors of the deadly shooting at the Batman movie who seek to sue Warner Bros and other companies behind “The Dark Knight Rises” are unlikely to get very far. 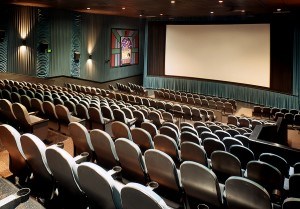 The main reason, legal experts said, is that companies are rarely held liable for the intentional crimes of non-employees. What’s more, the U.S. Supreme Court has established that violence in videogames and movies is expression protected under the First Amendment.

“He had his hair painted red. He said he was The Joker, obviously the enemy of Batman,” Kelly told reporters, referring to a character known for committing random, chaotic violence.

Killing sprees like the one that took place in Aurora, Colorado, early Friday morning have often spawned lawsuits by families of victims accusing television, film and videogame companies of promoting or inciting violence. At least one lawsuit has succeeded at trial court, winning a jury verdict against the Jenny Jones Show. However, even suits that have succeeded in the lower courts have largely faltered at the appeals level.

“Every time something awful like this happens, there’s an urge to try to blame the media for it,” said Paul Smith, a lawyer at Jenner & Block, who has defended media companies against such claims in the past.

Smith represented Nintendo of America, Activision and Sony Computer Entertainment in a lawsuit brought by families of the 13 victims killed in the 1999 massacre at Columbine High School in Littleton, Colorado. The suit, against 25 entertainment companies, sought $5 billion in damages and claimed that the companies’ violent videogames, films and sex-oriented websites had influenced the young gunmen to open fire.

Lawyers for the Columbine plaintiffs pointed to a videotape discovered by police of one of the killers with a sawed-off shotgun that he called “Arlene,” after a character in the videogame “Doom.” They also contended that the gunmen had watched the Leonardo DiCaprio movie “The Basketball Diaries,” in which the main character guns down classmates in a dream. Palm Pictures and Time Warner Inc, which owns Warner Bros, were also named as defendants in the suit over the film.

A Colorado federal court dismissed the Columbine case in 2002, finding that the makers of violent videogames and movies could not have foreseen that their products would cause the Columbine shooting or other acts of violence.

That ruling echoed the 2000 dismissal of a $33 million lawsuit that also blamed Time Warner and a host of videogame companies for the 1997 shooting spree at Heath High School in Wes t Pa ducah, Kentucky, in which three students died. The U.S. Court of Appeals for the 6th Circuit in Cincinnati, Ohio, upheld the dismissal of that suit in 2002. The court found that it was “simply too far a leap from shooting characters on a video screen (an activity undertaken by millions) to shooting people in a classroom (an activity undertaken by a handful, at most).”

Under tort law, which allows an injured person to obtain compensation for a wrongful act, a victim has to show that the media company could have foreseen the potential harm. That’s a significant hurdle when dealing with intentional crimes committed by a third party, said Smith. Even if a plaintiff can prove that, the First Amendment stands in the way.

In 2011, the Supreme Court struck down a California law that restricted the sale and rental of violent videogames to minors, finding it violated the First Amendment protection for freedom of speech. Psychological studies do not prove that exposure to violent videogames causes minors to act aggressively, the majority of the justices concluded.

Along with the Columbine and Heath High suits, Time Warner fended off similar allegations over an Oliver Stone film, “Natural Born Killers.” Two young people had taken LSD and watched the film before embarking on a copycat crime spree across several states that left a man dead and a woman seriously injured. The woman, Patsy Ann Byers, sued Oliver Stone and Time Warner, claiming they should have known that the film would inspire people to commit violent acts.

A Louisiana judge dismissed the case in 2001, finding no evidence that Time Warner or Oliver Stone intended to incite violence, a decision upheld on appeal.

“There is simply no way for the government in a free society to shut down protected expression because someone uses that expression as a springboard for violence,” said former acting Solicitor General Walter Dellinger, a lawyer at O’Melveny & Myers who represented Time Warner in the case. He said the First Amendment carves out protections for companies that create violent content and for companies like movie theaters that show such works.

Warner Bros said in a statement that the company was “deeply saddened” to learn about the incident and expressed sympathy for the families of the victims. The studio canceled the Paris premiere of the Batman film on Friday and also yanked from theaters the promotional trailer for its upcoming crime thriller “Gangster Squad,” which features a scene in which men open fire with machine guns on an audience in a movie theater.

In 1999, Fieger sued Warner Bros and the Jenny Jones Show on behalf of the family of a gay man who appeared on the show to reveal a secret crush on his male friend. The male friend later shot and killed the gay man, allegedly out of humiliation. A Michigan jury in 1999 awarded the victim’s family $25 million in damages, finding the show negligent, but an appeals court later overturned the award.

Fieger said a case against Warner Bros over the Aurora, Colorado, theater shooting would be much tougher to bring. “The Jenny Jones Show was literally lighting a fuse,” he said, stirring up strong emotions only to push guests out the door when the lights and cameras turned off. That made the violence foreseeable, he said, but even that case ultimately failed.