President Obama is expected to sign into law a mammoth bill passed by Congress Tuesday that reshapes how the Food and Drug Administration assures the safety of the drug supply, particularly imported medicines. 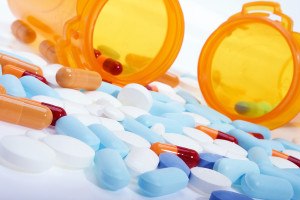 The bill is a must-pass piece of legislation because it extends the 20-year program that helps fund the FDA’s budget for reviewing new drugs and medical implants. But lawmakers added dozens of provisions influencing FDA policies and the drug industry.

Here’s a look at some of the key changes the bill would bring:

FOREIGN INSPECTIONS: Gives the FDA more leeway to inspect drug factories in China, India and other foreign countries. FDA has long been required to inspect U.S. manufacturing sites every two years, but most drug ingredients are now made overseas. The bill frees FDA inspectors to go after foreign drug plants.

COUNTERFEIT DRUGS: Hikes the maximum penalty for drug counterfeiting to $4 million or 20 years in prison. The current maximums are $10,000 or three years in prison. Drug counterfeiting has risen steadily over the past decade, and drugmakers reported more than 1,700 worldwide last year. The FDA is investigating two faked batches of the cancer drug Avastin that reached the U.S. this year from the Middle East by way of European supply chains.

FDA REVIEW FEES: Renews, through 2017, a program under which drugmakers pay the FDA to review new medications. For the first time, it also requires generic drugmakers to pay for reviews, adding $299 million in annual fees to the $693 million paid by makers of branded drugs. The bill also renews a similar program for reviews of medical devices.

OUTSIDE INSPECTORS: Allows drugmakers to hire non-government inspectors to assess whether factories are meeting U.S. quality standards. These inspections wouldn’t take the place of the FDA’s but could be used to bolster a company’s safety record.

DRUG SHORTAGES: Requires drugmakers to notify the government at least six months before discontinuing production of a drug. More than 280 drugs are currently in short supply, creating life-threatening delays for patients with cancer and other serious diseases. The shortages are driven by factors including consolidation in the pharmaceutical industry.

SYNTHETIC DRUGS: Bans 28 chemicals used in synthetic drugs known as “bath salts” that are often sold at corner stores as hygiene products, incense or plant food and can trigger bizarre and violent behavior.