Federal aviation officials will order airlines to put oxygen systems back in jet restrooms, reversing a decision last year to remove them because of fears that terrorists could use them to start a fire during flight.

The Federal Aviation Administration said Monday that restoring the oxygen systems over the next three years will “eliminate a hazard that could jeopardize flight safety.” The new equipment is supposed to be harder to tamper with, although federal officials haven’t yet approved any designs.

The rule covers about 5,500 planes and will cost airlines $44.2 million to comply, the FAA estimates.

Supplemental oxygen systems on planes often use chemical reactions to produce oxygen for masks that passengers can use to breathe if the plane loses cabin pressure. 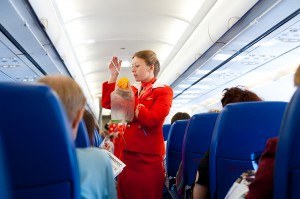 The FAA posted the new rule online and plans to publish it in the Federal Register on Tuesday.

In February 2011, the FAA quietly told airlines to drain or remove the oxygen systems. It publicly disclosed the order a month later. The FAA said notifying the public before the systems were disabled was “contrary to the public interest,” suggesting it feared tipping off terrorists to the possibility of using an oxygen system in an attack.

At the time, the FAA described the 2011 order as temporary but said it might take two to four years to devise new oxygen systems that weren’t vulnerable to tampering.

An advisory group recommended that new chemical oxygen generators be tamper-resistant or installed in a place where – unlike a closed lavatory – anyone attempting to tamper with the devices would be working in plain view. The FAA said no design retrofits have been approved, but it pushed ahead with the new requirement anyway.

The FAA had planned to require new oxygen systems within 24 months, but it extended that to 37 months after aircraft makers Boeing and Airbus and several airlines including United, Delta, American and Southwest asked for more time, noting the lack of approved replacement systems and the number of planes involved.

The FAA had estimated that removing or disabling the systems would cost $935,000. In Tuesday’s notice, it will put the cost of restoring them at $44.2 million. Installing new oxygen systems will take 12 times as much labor and $6,000 in parts per plane compared to no new parts to disable or remove the systems a year ago.