Universal helmet laws, which require that every motorcycle rider and passenger wear a helmet whenever they ride, can increase helmet use and save money, according to a new CDC study. 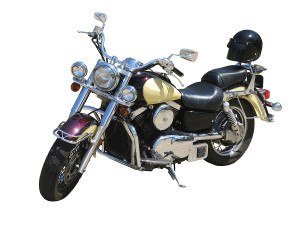 In 2010, the 4,502 motorcyclists (operators and passengers) killed in motorcycle crashes made up 14 percent of all road traffic deaths, yet motorcycles accounted for less than 1 percent of all vehicle miles traveled, During the same year, cost savings in states with universal motorcycle helmet laws were nearly four times greater (per registered motorcycle) than in states without these comprehensive laws.

Annual costs saved from helmet use, in terms of medical, productivity, and other costs, ranged from a high of $394 million in California (which has a universal helmet law) to a low of $2.6 million in New Mexico (which has a partial law, or a law requiring that only certain riders wear helmets). Partial helmet laws require that only certain riders, such as those under age 21, wear a helmet.

Universal helmet laws result in cost savings by increasing helmet use among riders and passengers, which reduces crash-related injuries and deaths.

To examine the association between states’ motorcycle helmet laws and helmet use or nonuse among fatally injured motorcyclists, CDC analyzed 2008–2010 National Highway Traffic Safety Administration (NHTSA) data from the Fatality Analysis Reporting System (FARS), a census of fatal traffic crashes in the United States. Additionally, economic cost data from NHTSA were obtained to compare the costs saved as a result of helmet use, by type of state motorcycle helmet law.